Last week it emerged in the course of the investigation that former army chief Gen. İlker Başbuğ knew about the alleged Internet campaign. 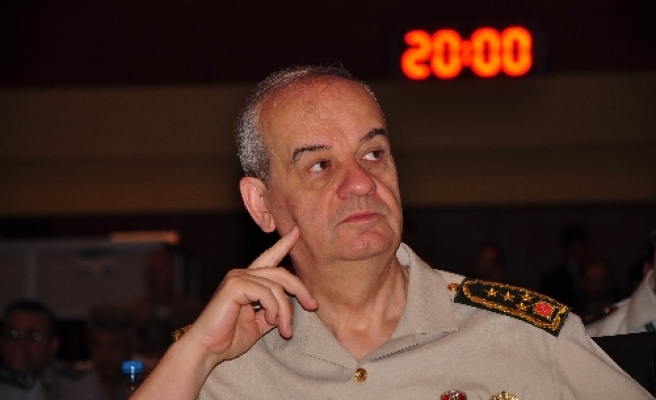 A former defense minister may be summoned to testify as a suspect in an ongoing investigation of an alleged Internet propaganda campaign conducted by the military to undermine the Justice and Development Party (AK Party).

Last week it emerged in the course of the investigation that former army chief Gen. İlker Başbuğ knew about the alleged Internet campaign. Some of the officers who testified confirmed that Başbuğ had full knowledge of the anti-government websites set up by the military.

Twenty-two military officers, seven of whom are generals accused of attempting to overthrow the government, are currently on trial as part of the investigation into a series of websites established by the military for the purpose of disseminating anti-government propaganda.

Now, based on the testimonies of suspects, the prosecution is considering summoning former Defense Minister Vecdi Gönül to testify in the case. The prosecution suspects that some civilians employed at the ministry were also responsible for the websites.

Two of the websites, irtica.org and irtica.net, were registered in the name of the Ministry of Defense, which said in an official response to the investigators earlier that the domain names had been obtained to meet the needs of the General Staff.

Last week, the İstanbul 13th High Criminal Court accepted the indictment of 22 suspects for their roles in disseminating propaganda against the state via the Internet. The prosecutor demands life without parole for the 22 suspects, who include retired Gen. Hasan Iğsız and Gen. Hüseyin Nusret Taşdeler, the commander of the Aegean Army Corps.

Col. Dursun Çiçek, whose signature appears under one of the letters ordering the creation of the websites, is also listed as a suspect in the new indictment, but the prosecution is taking into account Çiçek's cooperation in the investigation, when he gave detailed information about the roles of other suspects in creating the websites.

The indictment also notes that irtica.org, one of the websites under investigation, recommended books whose authors are currently suspects in a trial involving Ergenekon, a clandestine gang charged with plotting a coup d'état.

Books by Ergun Poyraz and Semih Tufan Gülaltay, both suspects in the investigation, are listed on the website. The books mostly speak out against Christianity, the AK Party and religious fundamentalism.

The investigation of the websites began in 2010 based on evidence that was found at the home of Col. Hasan Ataman Yıldırım, a suspect in the second Ergenekon trial. Later, an anonymous tipster sent an email to inform the public and prosecutors that the General Staff had established 42 websites for the sole purpose of disseminating propaganda about the government and religious communities.

The prosecution was able to uncover the initial order for the General Staff's website during the investigation. It had eight signatures affixed to it, including those of Col. Cemal Gökçeoğlu and Col. Çiçek.

The document was dated April 2009 and came from the office of the deputy chief of the General Staff Operations Department, who was Gen. Iğsız at the time.

The 93-page indictment, prepared by prosecutor Cihan Kansız, says the websites included comments critical of Abdullah Gül's nomination for president and later his election to the post.

They also included comments and articles supportive of a Constitutional Court case to shut down the AK Party on charges of Islamizing the Turkish state.