Turkish frigate TCG Gelibolu which returned from an anti-piracy mission in the Gulf of Aden was welcomed with a ceremony at Marmaris Aksaz Naval Base. 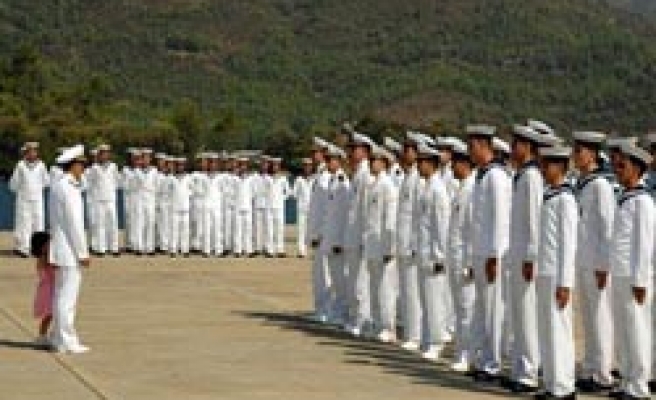 Turkish frigate TCG Gelibolu which returned from an anti-piracy mission in the Gulf of Aden was welcomed Friday with a ceremony at the Marmaris Aksaz Naval Base.

TCG Gelibolu frigate, which raised anchor from Aksaz Naval Base 6 months ago, returned to the base after cruising for 161 days, a distance of 30,000 nautical miles.

TCG Gelibolu which served under the Standing NATO Maritime Group 2 fighting with piracy in the Gulf of Aden, and the Arabian sea, offered assistance to a total of 120 ships that were either Turkish-flagged or had Turkish crew on board.

The Turkish Frigate arrested 51 sea pirates throughout the mission. TGC Gelibolu became the first Turkish frigate under the anti-piracy mission in Gulf of Aden to actually pursue and free a vessel taken over by hostages.