Gen. Ilker Basbug, the outgoing chief of the military staff in Turkey on Friday handed the post over to Gen. Isik Kosaner. 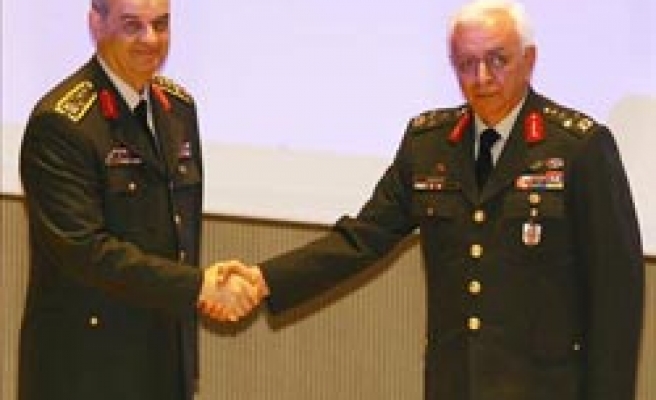 Gen. Ilker Basbug, the outgoing chief of the military staff in Turkey on Friday handed the post over to Gen. Isik Kosaner (65), who will serve as the head of the second largest army in NATO for the next three years.

Speaking at the ceremony Basbug said the military supported a plan to introduce a single type of military service.

In Turkey, military service is compulsory for all men between ages of 18 and 41, and, it lasts up to 15 months for elementary and high school graduates, and six or 12 months for university graduates. The plan proposes to fix it to nine months for all male Turkish citizens.

Basbug also said that combatant units in six commando brigades with the Land Forces and the Gendarmerie had been overhauled to be comprised of professional servicemen as part of a project launched two years ago.

Basbug said the introduction of professionalism into certain military units in the army was a necessity to assure continuity in the fight against PKK.

The outgoing army chief said winning the war on PKK in Turkey required cutting off human and financial resources of the PKK as well as preventing it finding safe heaven outside the country's borders.

"Apparently, we have failed to succeed enough in achieving these three elements. In order to eliminate the terrorist organization we have to stop new recruitment to the organization, control its financial resources and put an end to its presence in Iraq's north," Basbug said.