In a joint press conference on Monday both Presidents called for a reversal of the Egyptian courts decision. 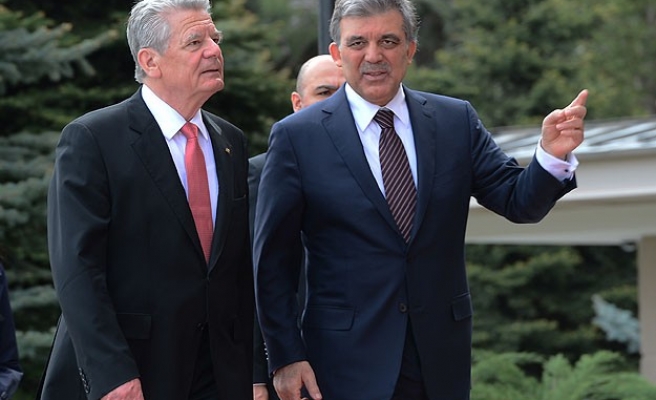 In a joint press conference, Gauck noted that the recent Egyptian court order is "not understandable" and "worrying" for EU countries.

"We cannot understand such a domineering judgement by a temporary government to a society in transition," Gauck said. "Especially in transition periods, a superior jurisdiction system should be established rather than taking revenge."

Gauck also urged European countries and Turkey together to use all their diplomatic means to call for "a more measured jurisdiction system" in Egypt.

"Such decisions are unacceptable in the 21st century. This harms Egypt’s own future. However, Egypt needs peace and economic development," Gul also said.

"We hope this people would be released and reopening of democratic and free elections period in Egypt."

An Egyptian court on Monday sentenced 37 people from anti-coup groups to death and 491 others to life in prison while referring 683 others to the country's mufti for possible death sentences against them.

Egypt's army-backed authorities have launched a massive crackdown on the Muslim Brotherhood since Morsi's ouster by the army last July. In the eight months since, thousands of the groups' members and sympathizers have been arrested.