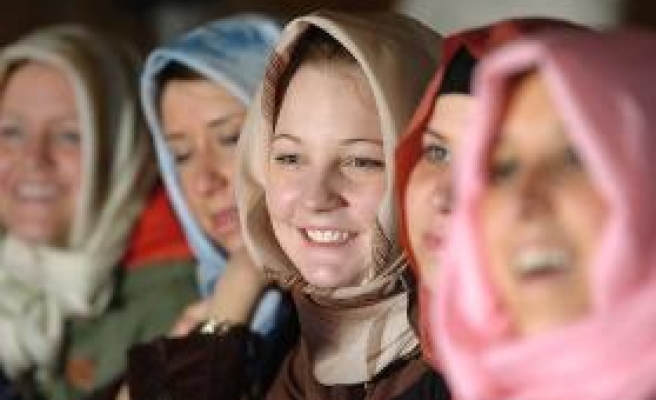 During his briefing to the press on Monday, Turkish deputy PM Bulent Arinc announced a historic move to remove the ban on headscarf for high school students.

Arinc, also the spokesman for the Justice and Development (AK) Party government, said a rule in the dress code saying students had to be bareheaded while attending high school - registered at the Turkish National Education Ministry - had now been abolished.

The Turkish minister stressed that students now can continue their education with their headscarves, adding that the related regulation will be issued within the next two days.

The AK Party government also previously removed a similar ban on headscarves in universities in early 2011, and in state institutions and the parliament in late 2013.

The ban dates back almost 90 years, as part of the secular Turkish republic created by its founding father Mustafa Kemal Ataturk in 1923.