After the meeting of the Council of Ministers, Arinc told reporters that ministers discussed security, domestic and international issues in the meeting. 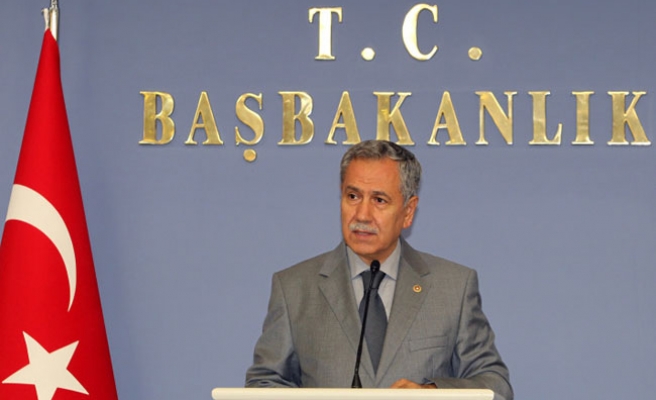 Turkish Deputy Premier and Government Spokesman Bulent Arinc said on Monday that right now there was no talk of a ground operation against PKK.

After the meeting of the Council of Ministers, Arinc told reporters that ministers discussed security, domestic and international issues in the meeting.

Turkey's Chief of General Staff, the head of the army and head of the military gendarmerie met with Prime Minister Tayyip Erdogan on Monday, fuelling speculation over whether Turkey was planning to launch a land operation into northern Iraq.

Arinc said the meeting was a "regular meeting" and there was no immediate plan for any cross-border assault.

"Right now there is no talk (of a ground operation) but when it is required, there will be no need to announce it beforehand or have meeting after meeting about it," he said.

"Definitely do not think that this meeting was about a ground operation or anything to do with it."

When asked whether Prime Minister Recep Tayyip Erdogan would visit Gaza during his tour to Egypt, Tunisia and Libya, Arinc also aid, "there is a great joy and excitement in Egypt and Gaza. Prime Minister Erdogan really wants to visit Gaza." Arinc added that there was not a definite decision regarding visit to Gaza.

Replying to a question on "Predator" drones, Arinc said that they knew that Turkey must use unmanned aerial vehicles for intelligence purposes. "In order to obtain these Predators in Turkey, I know the foreign ministry is working on this," Arinc said. "This has not yet been concluded," he added.