The first significant battle was won with the August meeting of the Supreme Military Council, a body which decides army promotions and dismissals. 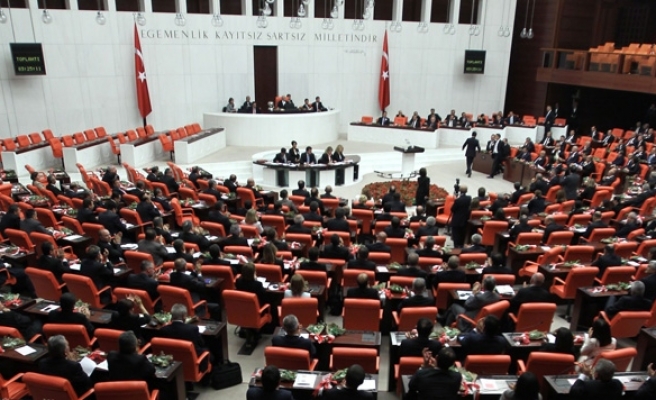 Parliament is considering getting rid of an army battalion stationed on Parliament grounds as part of a recent trend to break the powerful grip of the military over civilian and political life.

Turkey, whose current Constitution was drafted by a military junta after a bloody military takeover in 1980, has been increasingly demilitarizing the look and feel of how things are done in the capital, finally winning a decades-long battle.

The first significant battle was won with the August meeting of the Supreme Military Council (YAŞ), a body which decides army promotions and dismissals. This year, for the first time, civilians were able to exert control over the new assignments and appointments. This was the belated outcome of a showdown between the government and the military that took place at last year's YAŞ meeting.

This year there were a number of symbolically important changes, such as a new seating arrangement for the YAŞ meeting, in which the prime minister, previously traditionally seated next to the chief of General Staff -- sat alone, heading the meeting.

Changes to the order of precedence in official ceremonies and seating plans at National Security Council (MGK) meetings have also indicated increased civilian control, in a country that has suffered four military coups d'état since its founding.

Further changes to the military personnel stationed on the Parliament building's grounds, currently protected by the Army Guard, are necessary. The presidential palace in Çankaya is also secured by the Army Guard, and the seats allocated for viewing parliamentary sessions include a special section for military generals, both of which are problematic. Plans are afoot to open the former generals-only section at Parliament to all public servants and bureaucrats.

Former Parliament Speaker Ferruh Bozbeyli, who answered Today's Zaman's questions regarding the military presence on the grounds of the Parliament building, said, "In no democratic country in the world are parliaments guarded by the military; nor do general assembly halls have special seats allocated only to generals."

He recalled that during past military coups, the Army Guard failed to protect Parliament from those trying to dissolve it. Bozbeyli said any step toward further democratization, however belated it may be, is welcome. "To date, the military guards, both on the Parliament grounds and at the presidential palace, have never been able to protect anyone whom they were assigned to protect. To the contrary, a president has even been arrested by the Army Guard in the past. Having a special sequestered section for generals is neither necessary nor in accord with the spirit of the times."

Parliament's administrative organs have also been looking to foreign examples, conducting a study of how other parliaments are organized.

According to a report that came out of this study, none of the 27 countries the Office of the Parliament Speaker looked at had a viewing section allocated for the use of generals. Parliament's administration is now working on changing the viewing section for generals into a box allocated to all members of the bureaucracy, civilian or military.

Parliament's Security Council also plans to renew the compound's external security equipment, employing the latest technology, including X-ray machines that reveal the inside of metal objects. An X-ray machine for vehicles entering the compound is also likely to be procured.