Turkey is heavily dependent on foreign oil reserves; the country imports 92 percent of its oil from abroad, while this share is 98 percent in natural gas. 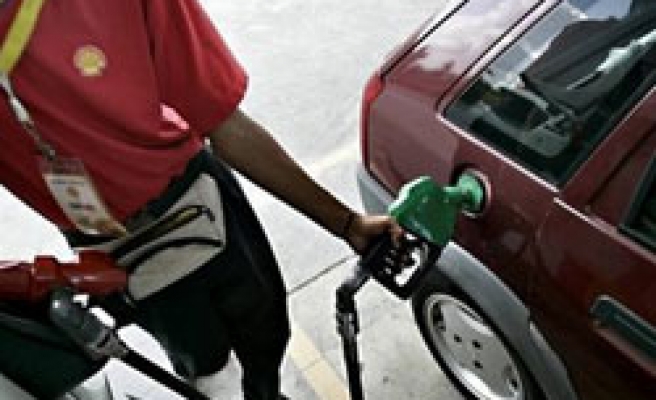 Finance Minister Mehmet Şimşek said on Wednesday that he does not agree with cutting taxes on gasoline prices following earlier calls on the government to ease the burden on taxpayers.

Turkish consumer unions last week said they would step up calls on the government to revise its pricing mechanism and cut taxes after the price of a liter of gasoline reached TL 5, the world's highest.

Noting that the tax on gasoline used to be around 70 percent in 2002 and has decreased to 59.5 percent currently, Şimşek said Turkey imposes the third highest tax amount on gasoline in Europe. Also referring to the fact that the tax on diesel has declined from 60 percent in 2002 to 51.5 percent currently, the minister indicated that Turkey has fifth highest level of tax in the world among the countries that impose taxes on diesel.

“I admit the taxes are high and there is a public expectation for us to decrease the tax, but I do not think it is the right idea,” Şimşek said, adding, “Regardless of the high taxes, the imports total $60 billion, which impacts the current account deficit [CAD]. If we had not imported any gasoline and natural gas last year, we would have an additional current account surplus of $13 billion. The CAD last year, however, was $48 billion.”

Turkey is heavily dependent on foreign oil reserves; the country imports 92 percent of its oil from abroad, while this share is 98 percent in natural gas.

Şimşek emphasized that the sector's structure needs to be looked at when saying that Turkey has the highest gasoline prices in the world and explained the price includes the raw petroleum price, refinery costs, distributions costs and sale costs. The major burden on Turkish gasoline prices comes from indirect taxes, while the rest is for processing, transportation and distribution.

On July 17, an 8 kuruş hike was imposed on gasoline prices, bringing the price of 95-octane unleaded gasoline to TL 5 per liter. This means Turkey now sells the most expensive gasoline among all OECD members. Eight days prior, gasoline prices had also increased by 11 kuruş per liter. The price hikes will likely take a toll on the Turkish economy, and the country's purchasing power per capita performance is still weak. The TL 5 level has long remained a psychological barrier in markets.

Before the gasoline can reach end users, it has to go through certain procedures. The imported crude oil first reaches the Turkish Petroleum Refineries Corporation (TÜPRAŞ) and then is transported by fuel distributors to pump stations, which sell the gasoline with taxes added. At each step the price of crude oil increases; around 2 percent is from the refining process, 8 percent goes to distributors and gas stations, while 65 percent is private (ÖTV) and value-added (KDV) taxes. The remaining 25 percent is the original price of imported crude oil.

Meanwhile, commenting on earlier discussions that the government may have to cut its 4 percent growth estimate for this year, Şimşek acknowledged that this is possible; however, he added the government has to make additional calculations. “We will discuss this following the end of Ramadan. … I see relatively fewer risks at home and abroad that will urge us to cut the growth target,” he said.

Last week, Deputy Prime Minister Ali Babacan said it would be "no surprise" if the government revises down its growth expectations for this year.