Two F-16 jets were harassed by a MIG-29 plane, whose nationality could not be identified, Turkish army says 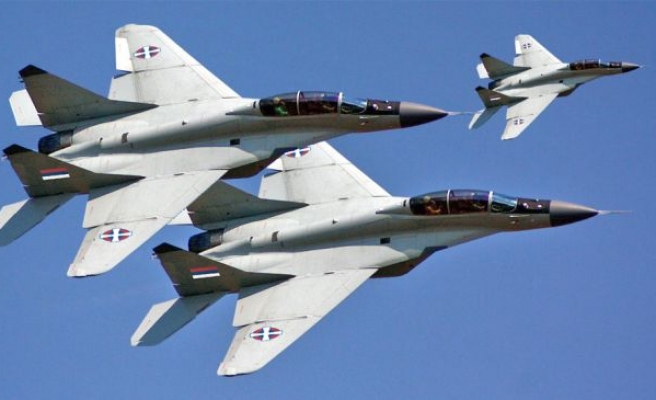 Two Turkish F-16 jets were harassed by an unidentified MIG-29 aircraft on the Syrian border a day after a Russian fighter plane violated Turkish airspace, the military said on Monday.

"Two F-16 jets were harassed by a MIG-29 plane -- whose nationality could not be identified -- for a total of five minutes and 40 seconds," the army said in a statement, saying the incident took place on Sunday.

Turkey said earlier its F-16 jets had on Saturday intercepted a Russian fighter plane which violated Turkish air space near the Syrian border, forcing the aircraft to turn back.