The GATA Command recently put up a sign in emergency rooms at the main GATA hospital in Ankara announcing that emergency services will be available to all citizens 24 hours a day. 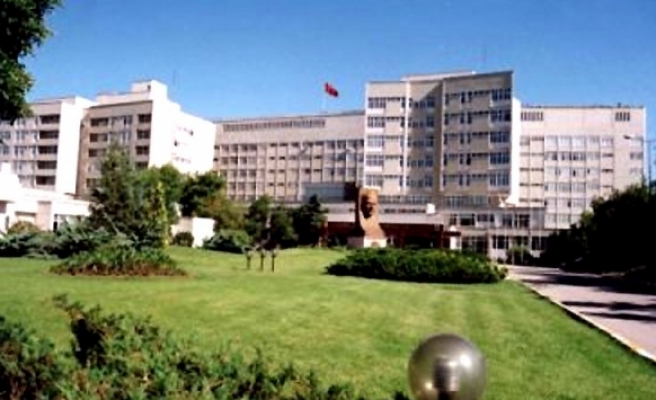 The Gülhane Military Academy of Medicine (GATA) has begun to serve civilians, a new step in Turkey's ongoing process of civilization, which questions the military's excessive control over civilian and political life and seeks to return the army to the position it is supposed to occupy.

In early August, the civilian government was for the first time able to exert its influence over the appointments and assignments of top military generals in a Supreme Military Council (YAŞ) meeting.

There have been other events that reaffirmed the new trend as well, such as a new seating plan at the National Security Council (MGK), where generals and civilian government officials sat mixed together for the first time. The latest step in the civilianization process is the GATA hospital opening its services, previously reserved for members and families of the military only, to ordinary citizens.

Only emergency services at GATA hospitals currently accept non-military patients; however, General Staff sources say that GATA hospitals will soon accept civilian patients in all of their clinics.

At the three-day YAŞ meeting in August, Prime Minister Recep Tayyip Erdoğan chaired the meeting alone at the head of the table, as opposed to previous YAŞ meetings, when the prime minister and the chief of General Staff were seated together at one end of the table.

The appointment of Gen. Necdet Özel to chief of General Staff was also primarily due to the civilian government's determined stance, as it was made possible when former Chief of General Staff retired Gen. Işık Koşaner and his force commanders resigned as the result of a showdown between the military and the government over the appointment of generals who are currently on trial as suspects.

The GATA Command recently put up a sign in emergency rooms at the main GATA hospital in Ankara announcing that emergency services will be available to all citizens 24 hours a day.

Last year, Emine Erdoğan, the wife of the prime minister, was denied entry to a GATA hospital during a visit to thespian Nejat Uygur in his hospital bed. At the time, GATA officials said her headscarf was against regulations.