Turkish military says jet not downed by an anti-aircraft fire

In a statement released by the General Staff, the military said its investigation shows that Syria did not down a Turkish jet by means of an anti-aircraft weapon. 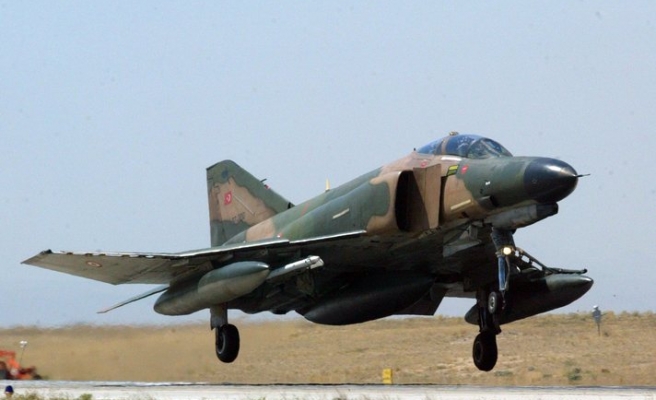 The Turkish military tried to damp down speculation about the loss of one of its warplanes last month, repeating its assertion the jet was shot down by Syria and by something other than anti-aircraft fire.

The statement, which added further confusion to the jet controversy, refuted the claims of Syrian officials, saying the criminal investigation revealed that the jet was not downed by anti-aircraft fire and that the cause of the incident will be clear once all the debris from the jet is brought up from the seabed.

In that statement, the General Staff referred to the aircraft which "Syrian official authorities subsequently claimed to have shot down". The use of the word 'claimed', absent from previous accounts, aroused confusion over an incident which many Turks had initially feared could lead to a war.

Further adding to uncertainty over the plane's fate, the armed forces statement declared no traces of "petroleum-based, combustible or fire accelerant substances, organic and inorganic explosive substance residues, or any kind of ammunition" were found on debris from the wreckage floating on the sea's surface.

The lack of any further explanation in the statement prompted a flurry of speculation in the Turkish media over what had caused the F-4 reconnaissance jet to crash off the coast of Syria and whether it had even been shot down at all.

A series of public statements meant to shed light on how a Turkish jet crashed off the Syrian coast in a June 22 incident have raised a barrage of questions, including whether the aircraft was shot down by Syrian forces at all, creating a headache for the government.

In one of the most recent statement on the incident, the military apparently called into question a constant of the Turkish narrative: that the F-4 Phantom was shot down by Syrian forces. Contrary to all other statements made to the public so far, the military referred to the plane as “our aircraft that Syrian authorities claimed to have downed,” immediately raising questions as to whether the plane's downing was an accident.

The statement also mentioned that military officials are looking for new means of retrieving the wreckage after exploration vessel the EV Nautilus was forced to put off the search when its camera system broke down.

Also earlier this week, a military spokesman created much speculation over whether the plane was downed as a result of a missile attack when he revealed that there was no conclusive evidence at hand, as of yet, that indicated the plane was shot down by a missile. “Our jet had a missile detection system. So if there had been any threat of a missile, the system would have detected it,” Brig. Gen. Baki Kavun said in remarks published in a Turkish newspaper.

When asked if Turkey had any footage or radar images that decisively confirmed that the plane was shot down by a missile, Kavun said, “There are no images of a missile.”

The loss of the plane raised tensions between Syria and Turkey, which has been harbouring Syrian rebel forces and refugees on its territory and has called for the departure of President Bashar al-Assad. Turkey dispatched its own air defence systems to its long frontier with Syria days after the incident.

While Syria said hours after it crashed into the Mediterranean that it had shot down the F-4 jet, official accounts from Ankara and Damascus differ over where and with what the jet was brought down.

Syria says it shot the F-4 jet in self-defence and without knowing that it was a Turkish aircraft. It says it shot the plane at close range with anti-aircraft fire after it flew into its air space at high speed and low altitude.

Turkey has said it violated Syrian air space accidentally for a few minutes but maintains its plane was shot down by a missile without warning, 13 nautical miles off the Syrian coast in international air space. It says all its identification systems were open.

According to international law, a country's sovereign airspace extends 12 nautical miles from a nation's coastline. Anti-aircraft fire is only effective up to a maximum 2.5 miles.