Alimoglu said the NGO would occasionally dispatch doctors from Turkey to Gaza for difficult cases that Gazan doctors could not treat or that required competencies not available in the enclave. 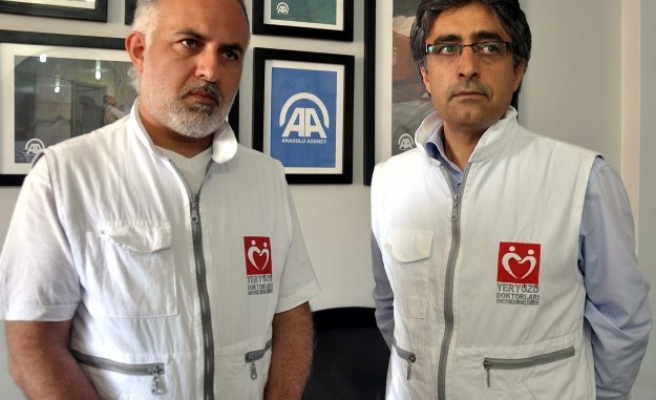 A Turkish medical NGO has opened a branch in the Gaza Strip with the aim of assisting the blockaded Palestinian enclave's ill-equipped medical sector.

"Today, we open the branch of our association in Gaza – blockaded by air, land and sea – which will greatly benefit [local] hospitals and the medical sector," Earth Doctors community chief Orhan Alimoglu told The Anadolu Agency at the opening ceremony.

"We are very happy about the opening of our Gaza branch – an achievement made possible with the help of charitable  people in Turkey and others," he added.

Israel has blockaded the Gaza Strip since 2007, when Palestinian faction Hamas took control of the territory.

The blockade has deprived the territory's roughly 1.9 million inhabitants of most basic commodities.

Several Turkish charities and humanitarian organizations, which offer assistance to the coastal territory's struggling residents, have branches in the Gaza Strip.