Turkish people to have visa-free travel in Ukraine

Turkish people to have visa-free travel in Ukraine up to 60 days, Ukrainian people will also be exempted from visa for their travels to Turkey. 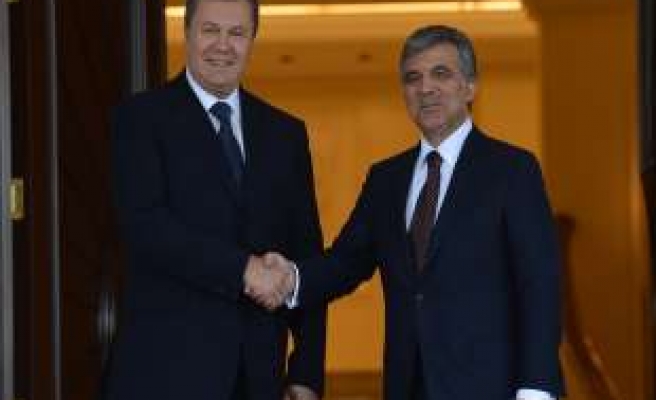 Turkey has been promised that the visa-free travel in Ukraine for Turkish citizens will be up to 60 days, said Turkish Prime Minister Recep Tayyip Erdogan on Wednesday, speaking at a joint press conference with Ukrainian President Viktor Yanukovych.

Ukrainian people will also be exempted from visa for their travels to Turkey up to 60 days, said Yanukovych.

"We want to improve relations between Turkish and Ukrainian people," said Ukranian President, "while at the same time strengthening cooperation between businessmen."

Turkish premier also touched on the economic relations between two countries, and said, "We can reach a trading volume of $20 billion till the end of 2015 if we agree on a free trade agreement with Ukraine."

Erdogan stressed that Turkey's points of view on regional and global issues were almost the same as Ukraine's.

Upon being asked about the Turkish court's decision over an alleged coup plot case named Sledgehammer ("Balyoz" in Turkish), Erdogan said the process did not come to an end, and said they would closely follow the developments.