All passengers were evacuated by Turkish security forces after a Ukrainian man made a bomb threat and tried to hijack the plane. 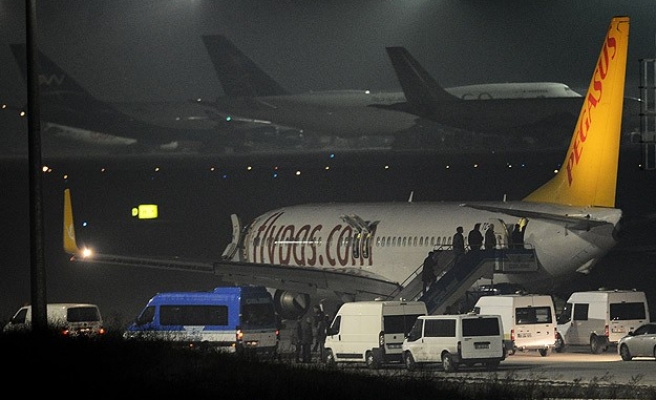 “All the passengers were evacuated without any problem,” Mayor Huseyin Avni Mutlu told reporters.

He also said that the hijacker was seized and the mission is safely completed.

A potential hijacker wanted to direct the plane to Sochi in Russia, where the Winter Olympic games opened on Friday.

Turkey's Deputy Prime Minister Bulent Arinc said that the hijacker was a Ukrainian citizen born in 1969 and his surname is Kozlov.

The Security Service of Ukraine (SBU) said in a press release that the citizen who tried to hijack the plane might have consumed too much alcohol.

The passenger attempted to enter the cockpit and divert the plane to Sochi, Russia, SBU said.

No weapons or bombs were found on him, SBU added.

Meanwhile, the Director of Information Policy Department of the Foreign Ministry of Ukraine Yevgeniy Perebiynis told Interfax news agency that the Ukraine Embassy in Turkey is contact with the Turkish Foreign Ministry and security departments. Ukraine's Consul in Istanbul went to the airport to investigate, Perebiynis said.