Col. Dursun Cicek, who is currently in prison on coup charges, has agreed to drink some water, his lawyer announced, but still refuses to eat. 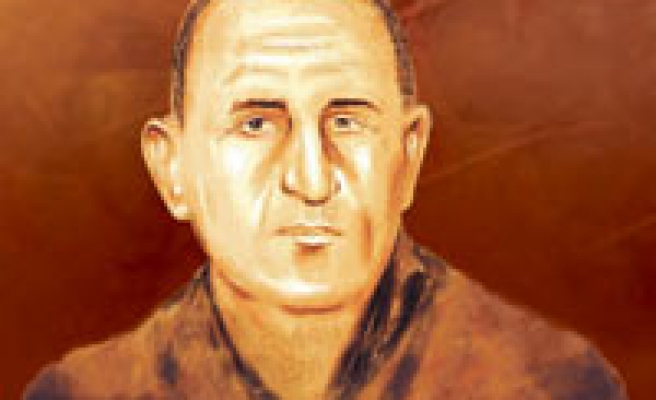 Col. Dursun Cicek, who is currently in prison on coup charges, has agreed to drink some water, his lawyer announced on Friday, but still refuses to eat.

The colonel made public his decision to go on a hunger strike on Sept. 1 after his appeal for release from prison was rejected by an Istanbul court. He said he will continue the strike until the “judicial murder” being committed upon him is ended, Cihan News Agency said.

Cicek was arrested in April after the exposure of a suspected military plan aimed at overthrowing the Justice and Development Party (AK Party) government. The colonel's signature appears on the plan. The document details a Turkish Armed Forces (TSK) plan to destroy the image of the government and the faith-based Gulen movement in the eyes of the public, to play down the Ergenekon investigation and to garner support for members of the military as part of an investigation into Ergenekon. Ergenekon is a clandestine criminal organization accused of working to topple the government.

“Unfortunately we failed to persuade Col. Cicek to break his hunger strike. We could not persuade him to eat something. But he agreed to drink some water. His blood pressure is frequently checked. In other words, he is under medical care. I recommended that he add some sugar in his water. He did not agree at the beginning, but then promised to drink some water with sugar added,” Celal Ulgen, the lawyer for the colonel, told reporters.

Col. Cicek argues he is innocent and that he was jailed for nothing. He claims that the signature on the coup plan is not his.