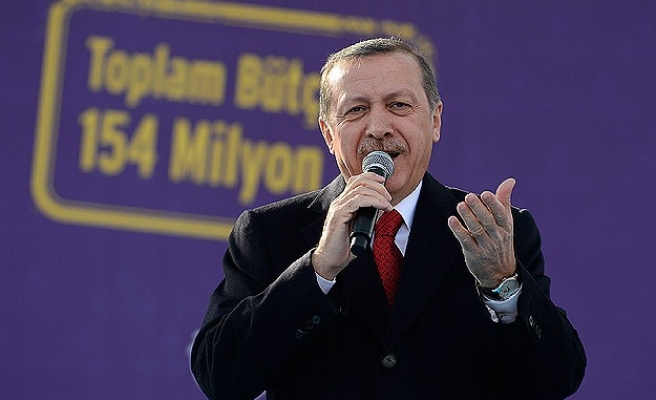 Speaking at a meeting held in the southern Turkish province of Burdur, "March 30 local elections will be a choice between the stable, developing new Turkey and the poor, unstable, chaotic, old Turkey," said Erdogan.

The Prime Minister stated that the attitude of the current opposition in Turkey is similar to that before the May 27, 1960 military coup.

He declared that the opposition party was collaborating with Gulen's movement, which he refers to as a 'parallel state', which has been working to topple his democratically elected Justice and Development (AK) Party government.

In the USA the deep state attacks the strong point of their target. For example Kerry, a decorated war hero, was attacked as a Swift boat fraud. The strength of Erdogan is strong ethics, his ethics is under attack; the deep state of Turkey are using the USA model tactics. Free speech trumps lying.