“No country in the world, except Turkey, can stand against Israel’s attacks and urge it to stop. I recall, once again, that those who commit brutalities will sooner or later pay the price,” said Erdogan. 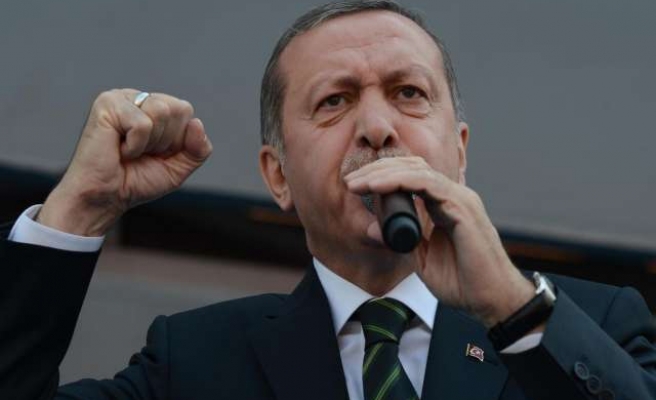 Turkish Prime Minister Recep Tayyip Erdogan has slammed Israel in its approach to the Palestinians, accusing them of implementing “systematic atrocity and state terror” against the Palestinians since 1948 and comparing their mentality to that of Adolf Hitler.

Welcoming Egypt's offer to mediate a ceasefire between the Hamas government of Gaza and Israel, Erdogan, who had previously vowed to freeze the normalization process in Turkish-Israeli relations, once again called for the immediate lifting of “the illegal embargo on Palestine.”

“What Israel has been using in Gaza since last week is not explainable. Israel continues to terrorize. Moving beyond individual terrorism, it’s now committing state terror,” he said in his weekly parliamentary address on Tuesday.

Critizing the international community for its silence, Erdogan said “No country in the world, except Turkey, can stand against Israel’s attacks and urge it to stop. I recall, once again, that those who commit brutalities will sooner or later pay the price.”

"No tyranny is everlasting, sooner or later every tyrant has to pay the price...This tyranny will not remain unaccounted for," he added.

His words drew chants of "Turkey is proud of you" from his supporters.

Erdogan also condemned a Knesset member who claimed that all Palestinians were their enemies and called for the massacre of Palestinian civilians, comparing the comments to the mentality of the Nazi Germany leader Adolf Hitler. “If these words had been said by a Palestinian, the whole world would have denounced it,” he added.

Ayelet Shaked, afar-right Jewish Home party representative in the Israeli Knesset (parliament) last week called on the mothers of Hamas members to also be killed as a punishment for raising sons who opposed Israel.

She posted on her Facebook page: “Behind every terrorist stand dozens of men and women, without whom he could not engage in terrorism. They are all enemy combatants, and their blood shall be on all their heads. Now this also includes the mothers of the martyrs, who send them to hell with flowers and kisses. They should follow their sons, nothing would be more just. They should go, as should the physical homes in which they raised the snakes. Otherwise, more little snakes will be raised there.”

After his body was found, she expressed no remorse. Rather, she called for the deaths of Palestinian women and their unborn babies.

He is right. It seems Israel once bullied, is now the bully. Israel is now the nazis of our time. The brutality of nazis against unarmed civilians, is similar to the ongoing violence against Palestinian civilians, on a lesser scale. The bigger criminal is alway the ones who own the bigger and deadlier weapons, and uses it without hesitation on civilians. Right now Palestinian casualties are nearly 200, and over 1000 injured .Like the nazis Israel does not care if children are killed.So similar