Prime Minister Recep Tayyip Erdogan has called on the U.S. to extradite Hizmet Movement leader Fethullah Gulen to face questioning over his role in an alleged coup plot in Turkey. 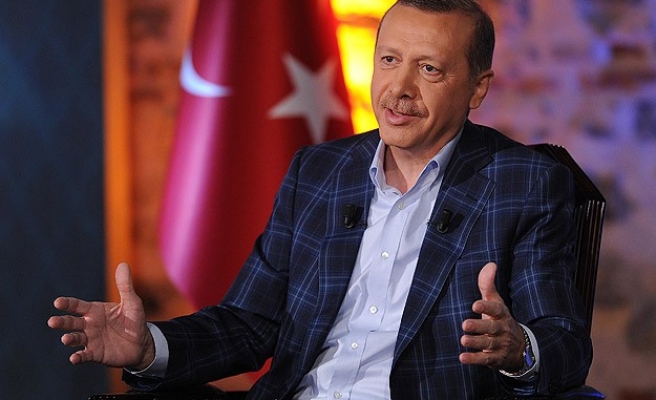 Turkey's Prime Minister Recep Tayyip Erdogan has called on the U.S. to deport Turkish congregation leader Fethullah Gulen, who has been living in self-imposed exile in Pennsylvania since 1999.

Gulen, who heads one of Turkey's most influential groups - The Hizmet Movement - is accused of setting up a 'parallel state' using aides withing the Turkish judiciary and police force to undermine and oust Erdogan's ruling Justice and Development Party's (AK Party) government by launching a bogus anti-graft operation.

Speaking in an interview on Bloomberg TV's Charlie Rose program, Erdogan said that Gulen and his followers should be expelled or handed over to Turkish authorities. “It’s sad for us to see such a group can exist in the U.S.,” he said, adding that Turkey had better expectations from its “model partner.”

A number of top bureaucrats allied to the government along with ministers' sons were arrested on December 17 on charges of corruption and bribery. The timing of the allegations was a blow for Erdogan's AK Party, just three months before the March 30 local elections.

However, Erdogan immediately began a counter operation by purging the judiciary, police force and even reshuffling his cabinet. In doing so he successfully averted a second wave of arrests that was set to take place on December 25.

In the following weeks leading up to the local elections, a number of scandals linked to the so called 'parallel state' rocked the country, especially when it was revealed that hundreds of thousands of Turkish citizens, from President Abdullah Gul to journalists and security officials were spied on in wiretapping and bugging cases. A truck belonging to the Turkish National Intelligence Organization (MIT) was also raided in the south-eastern province of Adana on its way to Syria.

The scandal peaked just days before the local elections when an audio from a top secret meeting between Foreign Minister Ahmet Davutoglu, MIT chief Hakan Fidan and the Chief of Army Staff's second in command was leaked on to the internet, with the officials heard discussing possible war strategies should Turkey be forced to take military action against threats in Syria.

None of this, however, was enough to out-seat the AK Party in the local polls. In fact, the AK Party saw a significant increase in their votes as they secured a clear victory over their main political rival, the Republican People's Party (CHP).

Gulen's movement was once an ally of the AK Party and played a key role in prosecuting senior army officials who were found guilty of plotting to overthrow the government in the Ergenekon and Sledgehammer cases. However, Erdogan noted that the movement had gradually started splitting ties with his government after the AK Party managed to pass a number of significant reforms following a referendum victory in late 2010.

Others have argued that the first cracks in the alliance showed in the Mavi Marmara incident when nine Turkish human rights activists were shot dead by Israeli commandos in international waters while they were attemtping to deliver aid to the blockaded Palestinians in the Gaza Strip. Gulen fiercely criticized the sending of the international aid flotilla, while Erdogan did not hesitate to freeze relations with Israel until the Israeli government apologized and compensated the victims' families.

Last November, Erdogan also announced his plans to transform tuition centers in Turkey to private high schools. Gulen's movement, who own many tuition centers and rely on them to provide a large bulk of their income, argued that they would not be able to make the transition before the stated deadline and thus faced closure. Gulen, who again fiercely criticized the move, accused Erdogan of plotting against his congregation. Shortly after Erdogan's announcement, the graft scandal began.