Turkish PM pays tribute to people who died in 1915- UPDATED 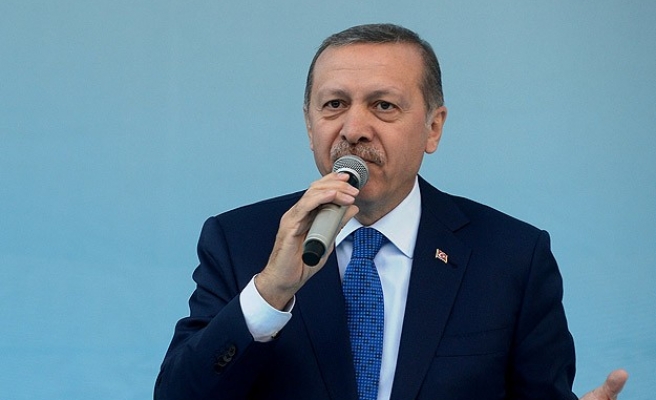 Regardless of their ethnic or religious origins, we pay tribute, with compassion and respect, to all Ottoman citizens who lost their lives in the events of 1915, Turkish Prime Minister Recep Tayyip Erdogan has said in a written statement.

Erdogan released the message on Wednesday ahead of the anniversary of the events of 1915, which led to an unknown number of people dying in civil strife after the Ottoman Empire approved a deportation law for Armenians in April 24 of that year.

The unrest came after Armenians, aided by the invading Russian army during the First World War, held an uprising following the law's approval.

Erdogan said: "Armenians who lost their lives in the events in the early twentieth century rest in peace, and we convey our condolences to their grandchildren."

"In Turkey, expressing different opinions and thoughts freely on the events of 1915 is the requirement of a pluralistic society as well as of a culture of democracy and modernity," said Erdogan in the statement released in Turkish, English, French, Armenian and several other languages.

Erdogan said that any conscientious, fair and humane approach to the Armenian issue was required in order to bring forth an understanding of all the suffering experienced during the period, regardless of religion or ethnicity.

Erdogan stated that Turkey was open to reconsidering its approach to the issue, and added: "Some may perceive this climate of freedom in Turkey as an opportunity to express accusatory, offensive and even provocative assertions and allegations."

"Even so, if this will enable us to understand historical issues with their actual aspects and to transform resentment to friendship again, we will consider different discourses with empathy and tolerance and expect a similar attitude from all sides."

Erdogan also called for Turkish and Armenian societies not to derive enmity from history and create new antagonisms.

"The spirit of the age necessitates dialogue despite differences, understanding by heeding others, evaluating the means for compromise, denouncing hatred, and praising respect and tolerance."

"It is with this understanding that we have opened our archives to all researchers. Today, hundreds of thousands of documents in our archives are at the service of historians," he said.

The Armenian diaspora and the state of Armenia term the incidents as "genocide" and ask for compensation, whereas Turkey says that, while Armenians died during the deportation, many Turks also died due to the attacks by Armenian gangs all across Anatolia.

"We believe this is a positive indication that there can be a full, frank and just acknowledgement of the facts, which we hope will advance the cause of reconciliation between Turks and Armenians."