A large police raid is underway in Istanbul's Okmeydani after the area recently become focal point of violent riots. 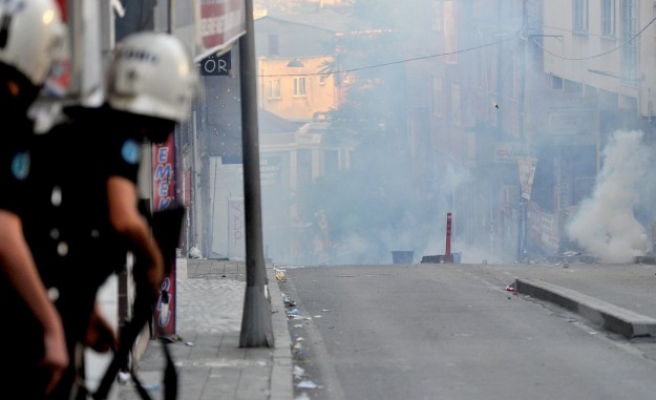 At least 38 people have been taken into custody after police conducted anti-terror raids in Istanbul’s Okmeydani district.

The operation on Monday morning targeted people accused of being members of the leftist militant group Revolutionary People’s Liberation Party-Front and participating in illegal demonstrations in Okmeydani on 22 May, during which two people died and many others were injured.

A total of 26 people were alleged to be members of the outlawed Kurdistan Workers' Party’s youth structure, the Patriotic Revolutionary Youth Movement, and another 12 of being members of leftist militant group DHKP-C.

Several riot police and special operations teams took part in the operations which were coordinated by police helicopters flying overhead.

The seized Molotov cocktails and home-made explosives were allegedly prepared to be deployed against police during demonstrations.

TOMA vehicles with water canons were kept on standby and security measures were tightened around Okmeydani.

Riots broke out after the coal mine tragedy on May 13 in Soma, western Turkey, as well as after the death of an Istanbul teenager, Berkin Elvan, who died in March 2014 after 269 days in a coma, due to injuries incurred during 2013's Gezi Park protests in Istanbul.