After he was handed over to police, they confirmed that the gunman was not an undercover officer. 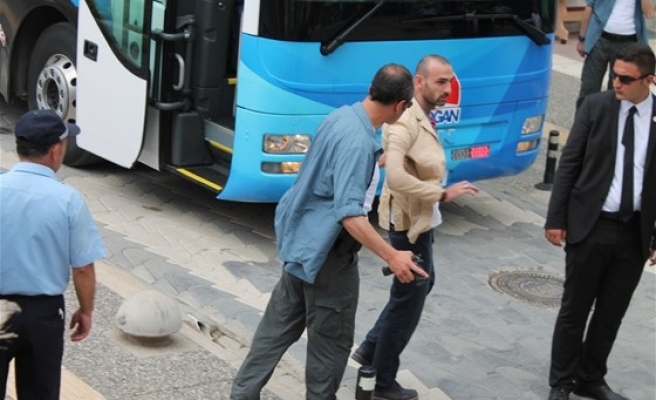 Turkish police detained a man after he was spotted carrying a gun while approaching Prime Minister Recep Tayyip Erdogan during his visit to the Black Sea province of Samsun on Sunday.

Erdogan was in Samsun for the opening ceremony of new municipality building and a new public square when an unknown was caught by the Prime Minister's bodyguards after he was seen with a gun.

After he was handed over to police, they confirmed that he was not an undercover officer.

It is believed the suspect came within meters of Erdogan when he managed to join lawmakers of the ruling Justice and Development Party (AK Party) who were also on the official visit after the delegation came out of the coach.

Prime Minister Erdogan was on his ongoing tour of major Turkish cities ahead of the August 10 presidential elections, in which early opinion polls have already predicted that he will be the favorite to win.