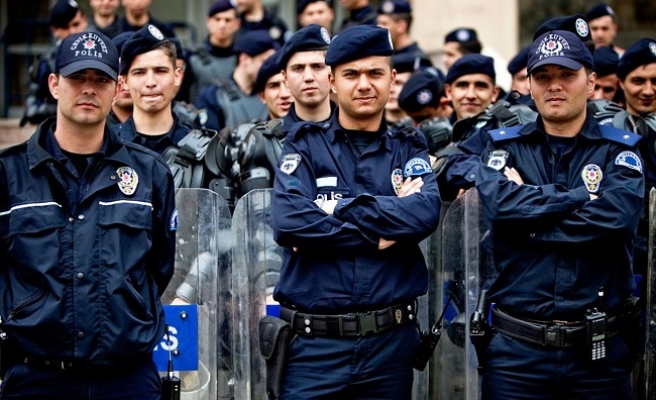 Two police officers have been suspended from duty over a video of a body being dragged by the neck through a town in Turkey’s troubled southeast, the interior ministry said Monday.

The video shows a man’s body dressed in civilian clothes and with a rope tied around his neck being towed behind an armored vehicle at night, purportedly in Sirnak, where fighting between security forces and PKK terrorists has been most fierce.

When they were spread across social media earlier this month, the images caused outrage across Turkey and Prime Minister Ahmet Davutoglu condemned the incident.

“Inspectors have suspended two personnel who are considered to be linked to an investigation over dragging a lifeless body of a terrorist in Sirnak,” the ministry said in a statement.

The dead man has been identified as Haci Osman Birlik, whose sister-in-law is a member of parliament for the Peoples’ Democratic Party (HDP).

Violence between the security forces and the PKK erupted in late July.