Four police officers were killed and another one was wounded in a suspected militant ambush in Dortyol town of the southern province of Hatay. 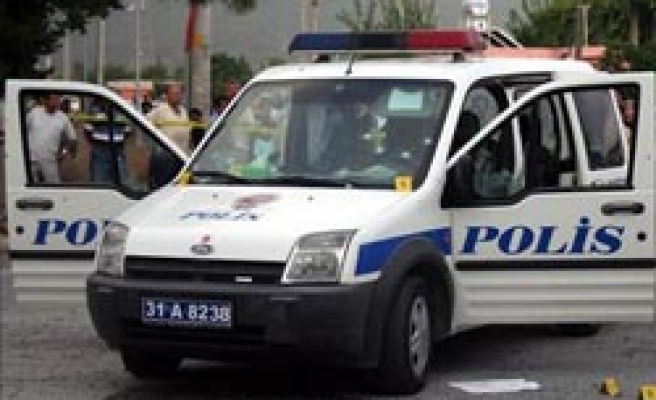 Four police officers were killed and another one was wounded in a suspected militant ambush Monday in Dortyol town of the southern province of Hatay.

Militants opened fire on a police patrol with long range rifles from a pick-up truck with a fake licence plate in Dortyol. Three officers were killed during the attack.

It was not clear if they were rebels from the Kurdistan Workers Party (PKK), who have recently stepped up attacks on Turkish security forces.

Another officer, who was heavily wounded, was taken to a hospital, Anadolu agency said.

The police is after the militants who fled the scene in the pick-up truck.

After the bloody attack, residents of Hatay gathered in front of the security directorate and protested outlaw organisation PKK.

Fighting has intensified since the PKK broke a 14-month ceasefire at the start of June, accusing the government of not being serious in its bid to boost Kurdish minority rights and bring to an end an insurgency that began in 1984.

Ruling AK Party say it is not a coincidence that the bloody attacks came before referendum on constitutional reform package in September.

Around 100 military personnel have been killed so far this year, already exceeding last year's death toll.

Most of the PKK's estimated 4,000 fighters are based in the mountains of neighbouring northern Iraq.