The joint presidential candidate of the two main Turkish opposition parties CHP and MHP, Ekmeleddin Ihsanoglu, spoke about “Ataturk and Secularism” in his first statement since being nominated. 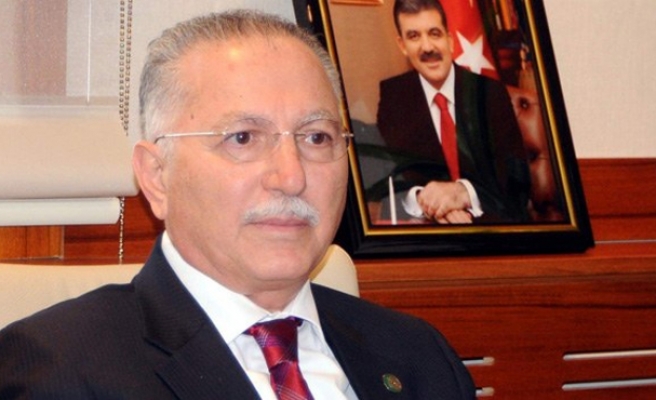 Speaking to the Cumhuriyet newspaper, he made his first statement on the subjects of “Ataturk and Secularism."

Cumhuriyet reporter Utku Cakirozer interviewed Ihsanoglu, who used the expression "Whatever Napoleon is for France, that is what Ataturk is for us."

Ihsanoglu rejected claims that he was “against Turkey’s founder Mustafa Kemal Ataturk and the Republic.”

“Such assessments sadden me. Our friends who claim this should look at my past. They should see the positions I have held domestically, including ones that bear the name of Atatürk. It’s completely wrong to reject Ataturk, the reality of the Republic and its gains,” he said.

“Atatürk has a special place in the heart of the Turkish nation as the hero of the fight for independence and the founder of the Turkish Republic. Contradicting it would be an attitude that doesn’t fit historical reality. For Turkey, Ataturk is what Napoleon is for France or George Washington is for the United States,” he added.

"Whenever the topic of Ataturk is brought to agenda; a set of citizens judge him and completley reject him, where as a set of citizens see him as half god. Turkey should have found common grounds about this argument by now. Having reached the 100th anniversary of Turkey's independance, we should be more objective and rational about our history."

Ihsanoglu spoke about secularism, which is an important subject for the nationalists. “Religion-politics has to be organized. The limit between these two subjects have always caused problems. Political forces are not supposed to put pressure on religion. At the same time religion should not put any pressure on politics. When we look at Islamic history and world history, we can see that they have failed in these aspects.”

Deniz Baykal, the former head of CHP, has said that he does not like the idea of Ihsanoglu being a proposed candidate and admitted that he did not attend the CHP group meeting which took place at the Turkish Parliament. Lawmakers who stated that Ihsanoglu can't be a candidate for the CHP held a meeting to speak about other alternatives.

Baykal listened to every single lawmaker and said “We show them our reactions but it isn't appropriate for me or someone else to be brought as an alternative candidate. The procedure taking place is wrong. Eventually they're going to have to pay the price. The person who is going to end up paying the price will be obvious at the end of the elections.”

The 15 lawmakers who attended the meeting suggested that they enforce a four step plan. 1. To speak with Kilicdaroglu to rethink chosing Ihsanoglu as a candidate. 2. To publish and spread harsh criticism declarations about Ihsanoglu. 3. To create a random general assembly where the president is chosen. 4. If it is necessary to arrange an alternative candidate to compete with Ihsanoglu.