A New York Times writer praises a Syrian refugee camp run by local Turkish authorities and organizations for Syrians in the south-eastern city of Kilis. 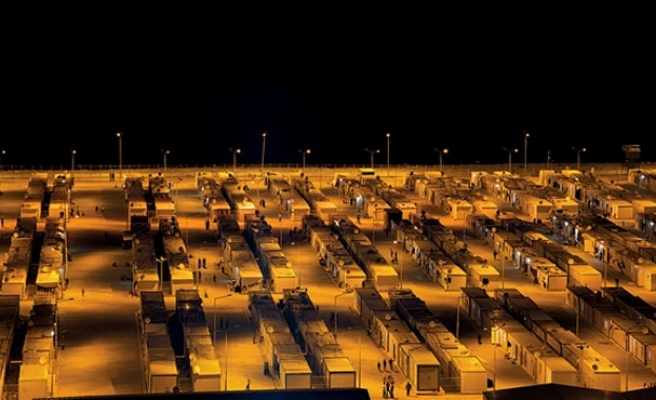 Turkey's new refugee camp in the south-eastern city of Kilis has been serving thousands of Syrians who have crossed the border seeking refuge from the three-year-old civil war.

Praising the order and tidyness of the 2,053 container-camp, which was opened in 2012, McClelland commented on the brand new brick paths that are constantly cleaned by the Turkish authorities.

He also noted that the camp was lit at night in the same way suburban streets are, and that there are always handymen and health and safety crews ready on standby whenever needed.

Schools and kindergartens with wide, spacious corridors and decorated walls are provided for over 2,000 school children, who also get to enjoy themselves in the many playgrounds in the camp.

Quoting a Polish diplomat, the camp is said to be the 'nicest refugee camp in the world,' the writer also pointed out that the camp was not run by the UN, but entirely by Turkey, who instead of designating the Syrians as refugees rather see them simply as 14,000 'guests'.

A number of refugees at the camps boasted of access to satellite TV channels, healthcare and grocery stores which are even better than the ones they left behind in Syria. One particular female refugee said she felt so safe in the camp she could go out at 3 or 4 o'clock in the morning.

Turkey has spent at least $2.5 billion on serving these guests since the war began and hosts around 600,000 Syrian refugees - around a quarter of all Syrian refugees. While many reside in the camps, a little over half have opted to settle in urban settlers and make their own living.