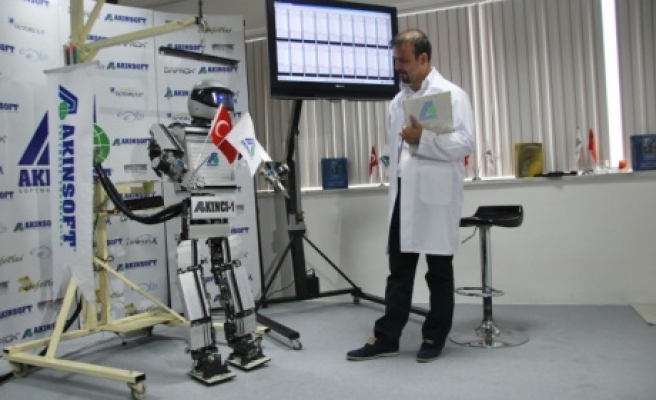 Chairman Ozgur Akin said his company had been conducting R&D studies on robotics technologies since 2009.

Akin said that the recently-developed humanoid robot named "Akinci-1" had been designed in line with the human muscular system so that it could move like a human being.

Akinci-1 has been manufactured using fully domestic materials and its production has so far cost nearly one million Turkish liras (570,000 USD), Akin noted.

The chairman also said that his company had made a 5-year plan that envisaged a 10 million TL (5.7 million USD) investment for 5 years for Akinci-1.

"We are planning to present these robots to the market in 2015. They can be used in various sectors, for instance, they can replace sales assistants in supermarkets or guides in airports," Akin said.