96 percent of Turkish students believe that studying overseas is a good way to secure future employment, according to a recent survey 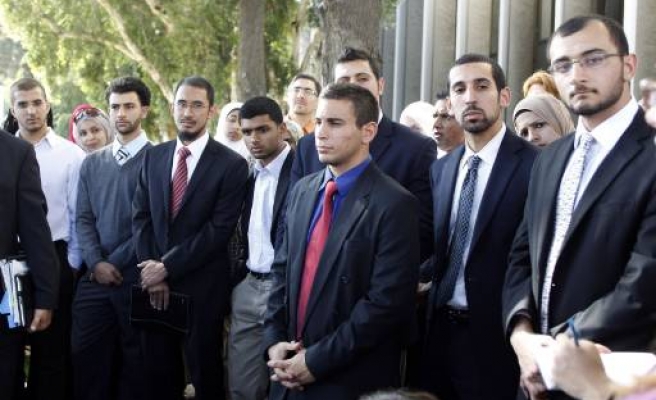 A survey conducted by the British Council's Education Intelligence research service has revealed that 96 percent of Turkish students believe that studying overseas is a good way to secure future employment. The survey, “The importance of international education: a perspective from Turkish students,” was released on Wednesday by Education Intelligence at the European Association for International Education (EAIE) conference in İstanbul. A total of 4,816 Turkish students were surveyed about their views concerning overseas study.

According to the survey, 96 percent of respondents said an overseas education would help them secure employment, while 95 percent said they wanted to study abroad. Eighty-six percent said the greatest barrier to these aims was the cost.

“Students in Turkey see an overseas university education as a way to achieve greater individual success, and education as a whole as the way for the entire country to move forward,” says Elizabeth Shepherd, research director for Education Intelligence, who produced the research report.

In August 2013, Education Intelligence surveyed students between the ages of 22 and 25, and the report explores the motivations of current students and graduates. “Turkish students show a keen awareness of how they can develop their own prospects through education opportunities,” Shepherd added.

The report also examines how Turkey's unique location as Europe's gateway to Asia has affected the country's economic and education potential and analyzes the impact of having a majority middle class and Muslim population.

Elaborating on the survey, Chloe Ewing, deputy director of the British Council Turkey, told Today's Zaman that a staggering 95 percent of the Turkish students surveyed would like to study overseas and an increasing number of them are doing so, adding that over the last decade there has been a year-on-year increase in the number of Turkish students pursuing their studies abroad.

“This survey explores the motivations of students and graduates taking this step, what influences their choices, their priorities and preferences and what they perceive the impact to be on their future employment prospects. Turkey's geostrategic location, sustained economic growth, rapid education reforms and aspiration to grow and compete means it has significant potential not only for student recruitment but also international research collaborations, joint academic programs and partnerships,” Ewing went on to say.