Both the ruling AK Party and main rival CHP saw and increase, as did pro-Kurdish BDP. Right-wing MHP saw an drop in popularity. 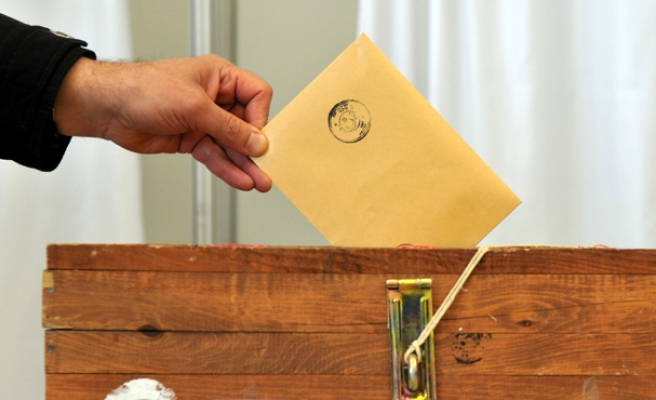 As Turkey’s local elections scheduled for the end of March approach, just as expected, scandals and propaganda campaigns have intensified in the country in order to rock the political boat, with each party hoping to tip the balance in their favor.

Although this is very normal in Turkey before nearly every election, this particular election has been of great interest and speculation due to it following the December 17 anti-graft operations, which saw the arrest of dozens of ruling AK Party government loyalists, including the sons of three former cabinet ministers who consequently resigned after the scandal.

The raids, which have been continuing in a number of waves ever since, have charged government bureaucrats with corruption and bribery. They have also included operations against supposed Al-Qaeda operatives in Turkey and the general manager of state-owned Halkbank for allegedly breaching international sanctions against Iran.

Furthermore, it has started a debate in Turkey in regards to a ‘parallel state’ supposedly run by the Hizmet Movement leader Fethullah Gulen from his home in Pennsylvania, USA. The Turkish government has accused its former ally of infiltrating the Turkish judiciary and police force, and having organized the raids in an attempt to smear the AK Party’s image ahead of the local elections. This had led to a hundreds of police officers being fired or demoted, as well as attempts to reform the judiciary.

A number of think tanks have been trying to predict how all of this would affect the popularity of the AK Party, who won the last general election with 50% of the votes, way ahead of their rivals the Republican People’s Party (CHP). While some speculate that the scandal has damaged the AK Party’s reputation, others have found that AK Party’s popularity has actually increased dramatically. Nonetheless, when it comes to the seat of Istanbul, it really seems to be a close call between current mayor, AK Party’s Kadir Topbas, who has had a very successful reign as mayor, and CHP candidate Mustafa Sarigul, who is also a very popular figure.

The Consensus Research and Information Company recently conducted a poll to compared the chances of the AK Party, CHP and other opposition parties in the upcoming local elections. Having asked 1,504 Turkish nationals from all 81 provinces, the poll found that 41.7% said they would vote for the AK Party, whereas 29.5% said they would vote for CHP. Right-wing National Movement Party (MHP) came third with 15.4% and pro-Kurdish Peace and Democracy Party (BDP) came fourth with 6.5%.

According to the results of the poll, both the AK Party and CHP saw an increase since the last local elections in 2009, in which AK Party won 38.8% of the votes and CHP won 23%. MHP on the other hand has seen a slight decrease from 16%, whereas BDP saw and increase from 5.7%.