The military said it seized 6,000 litres of diesel following the incident on Monday. 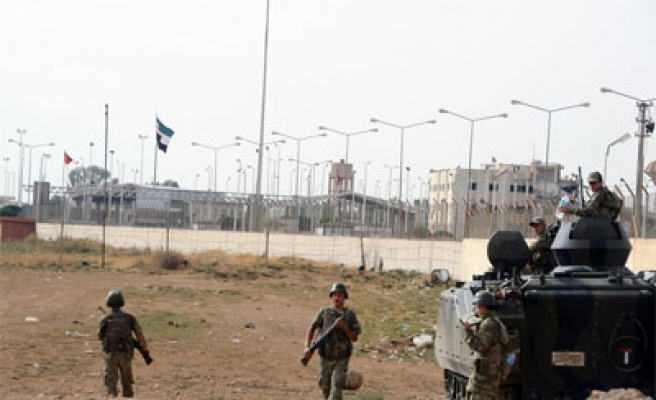 Turkish soldiers shot into the air and fired tear gas to disperse a crowd of around 1,000 fuel smugglers trying to cross into Turkey from Syria, the Turkish military said.

The group threw stones at military patrol vehicles sealing the Turkish border at the town of Ogulpinar in Hatay province and refused to disperse after warnings in both Turkish and Arabic, the statement said.

The military said it seized 6,000 litres of diesel following the incident on Monday. There were no casualties.

Smuggling of fuel and other goods has risen on Turkey's 900 km (560 mile) border with Syria, triggering a growing number of confrontations over the past month and underscoring Ankara's concerns that Syria's more than two-year-old civil war is fuelling lawlessness and dragging in neighbouring states.

With its hilly terrain and thick vegetation, Hatay, a panhandle province that juts down into Syria, makes a relatively easy crossing point for smugglers and Syrian rebel fighters, as well as refugees fleeing the fighting.

Turkish troops have been wounded and have returned fire in a spate of border incidents over the past month. A Turkish border patrol last week killed a civilian trying to cross illegally into Syria after the group of men he was with opened fire.

Turkey shelters around 500,000 Syrian refugees as well as rebels fighting to overthrow Syrian President Bashar al-Assad, but while backing the Syrian insurgents, it denies arming them.

In the most serious spillover of violence in weeks, two Turkish teenagers were killed last week by stray bullets fired during clashes between Islamists and Kurdish fighters in a Syrian border town several hundred kilometres east of Hatay.