Turksat 4A in orbit

Turkey’s newly launched Turksat 4A satellite is healthy in orbit and ready for initial testing. 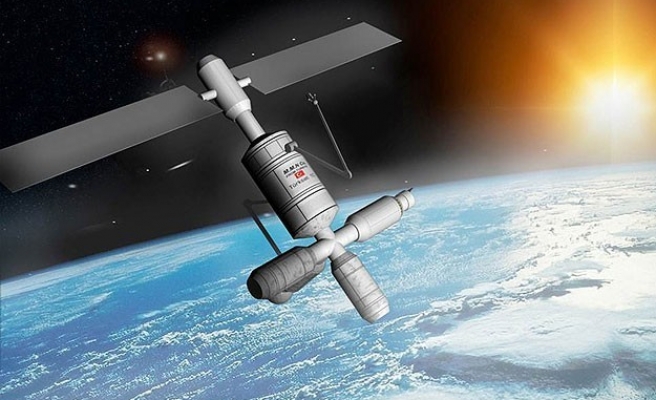 According to the information by Turkey’s Communication Ministry, the satellite is expected to be in testing until mid-March and then it will be moved to its permanent slot at 42 degrees east.

The communications satellite TURKSAT 4A was launched from the Baikonur Space Center in Kazakhstan on Feb. 15.

The satellite is equipped with two 3-panel solar arrays for power generation, a chemical propulsion system for apogee maneuvers, as well as orbital adjustments and navigation and stabilization equipment.

The TURKSAT 4A has a total mass of 4,850 kilograms, and is capable of providing 15KW of power to facilitate powerful communication payloads for mission durations of 15 years and beyond.

It was jointly produced with Turkish and Japanese engineers.

Television broadcasts and satellite communication signals will be able to cover the whole of the African continent, Europe, the Middle East and South and Central Asia with spot beam coverage of Turkey.

Turksat 4A will provide TV broadcasting and communication services for commercial and government customers, with communication payload consisting of 2 Ka-Band and 28 Ku-Band transponders.

TURKSAT 4B, Turkey’s sixth satellite, will be launched on the second quarter of this year.

TURKSAT 4B Internet services provider fees will be fifty percent cheaper in the country, officials say.