Two schools burnt down in protest in SE Turkey

Two schools were set on fire Wednesday night in protest of the closure of schools planned to teach in the Kurdish langauge. 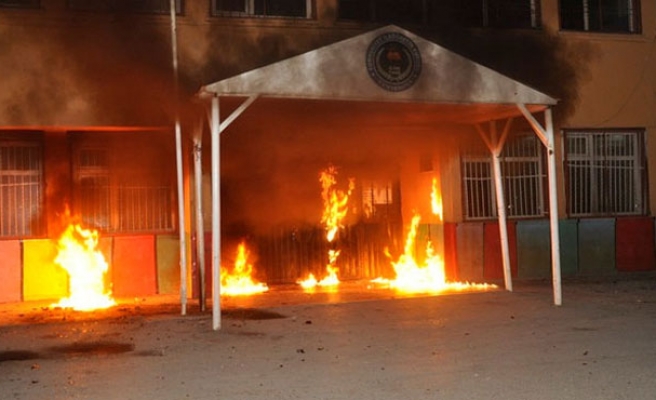 Two schools were burnt down Wednesday night in Turkey’s southeastern province of Hakkari in protest at the closure of self-proclaimed schools that had planned to teach in Kurdish language, according to witnesses.

A masked group of people came out on the streets of Yuksekova district in the southeast Hakkari province Wednesday night to protest against the "sealing" of schools that had planned to provide education in the Kurdish language- an attempt unrecognized by country's national education authorities so far.

The group threw stones and fireworks at police vehicles, which were there to provide security, witnesses said.

The demonstrators then broke down the doors of two secondary schools and threw Molotov cocktails in teachers’ rooms and classrooms, also say witnesses.

The Turkish government has been making democratic reforms to empower its citizens of minority groups, including Kurds. Turkish citizens of Kurdish descent make up eighteen percent of the country’s population and mostly live in southeastern and eastern Anatolian regions.

However, schools that had planned provide Turkish education were "sealed" by authorities, as they had allegedly not received permission from the ministry to open.

A large-scale investigation has been launched after the incident.