Turkey has a very unique experience as an emerging economy, and it should be shared with others, said UN official. 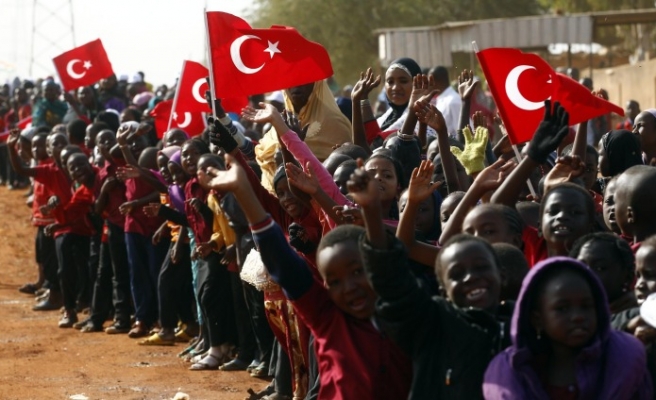 World Bulletin / News Desk
Turkey has been a very strong supporter of least-developed countries, said the United Nations Under-Secretary-General and High Representative for the Least-Developed Countries.

Gyan Chandra Acharya told The Anadolu Agency that Turkey has been enhancing its overall support to the least developed countries. He met with Presidency for Turks Abroad and Relative Communities Chairman Kudret Bulbul on Thursday,

Since the least developed countries have many challenges like education and health, Acharya said that Turkey is making an important contribution with its scholarships program.

The scholarship program currently supports around 15,000 international students from 150 countries.

Turkey has a very unique experience as an emerging economy, Acharya said.  "The least-developed countries can learn much from Turkey's experience. Learning it here and then adjusting it there would be very important," he added.

Bulbul said the institution has several projects and funding programs to help the least-developed countries.

"We would be eager to participate in shared projects with international institutions," Bulbul said.

Acharya said that education, to improve the human capacity of the least developed countries, is an important priority.

Turkey has vowed to try to bridge the gap between developed and undeveloped nations during its G20 presidency.