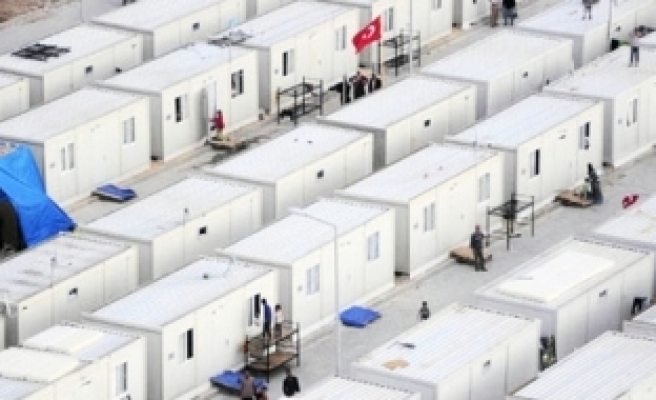 Fisher visited a container camp housing 5,000 refugees in the southern Turkish city of Gaziantep, and was briefed on efforts to provide comfortable life to refugees. He also visited social facilities, such as market and school. Following the visit, he praised high quality services provided by the Turkish government.

“I have been working on war weary people for 30 years. This is one of the most beautiful camps I have ever seen. Turkey’s leadership and campaign for Syrian refuges should be known around the world. The UN supports Turkey’s effort,” he stated on Friday. He stated that he knows municipalities and NGOs support Syrian refugees who chose to live outside of camps built by the state.

Turkey keeps its door open to Syrian people who opted to flee their homeland due to 2.5 years civil war. More than 200,000 refugees are hosted in 21 camps across Turkey while 300,000 others chose to live outside of camps.

Turkey is aiding the terrorists who have torn Syria apart with sectarian violence and then UN applauds them for helping the refugees? This is further proof that the UN should cease to exist