UNHCR envoy to Turkey Batchelor thanked Turkey's AFAD and Turkish people for the aid and opportunity they provided to over 500,000 Syrian refugees in Turkey 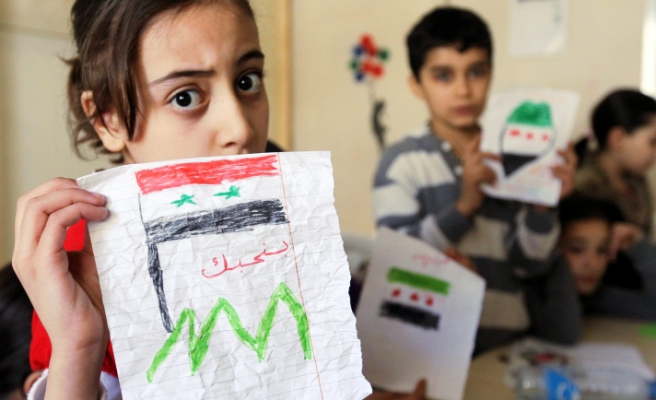 A joint press conference by AFAD and UNHCR introduced the new center of mobile coordination and 23 mobile vehicles to be used for keeping record of the Syrian refugees living outside the refugee camps in Turkey.

Speaking at the conference, Batchelor praised Turkey's strong and positive leading role in supporting and protecting the Syrian refugees fleeing their countries.

"I thanked the people of Turkey and AFAD for their generous support," she said.

Pointing out that the number of the Syrian refugees in neighboring countries had already exceeded 2 million, Batchelor urged for the international community to provide more support for them.

Batchelor and the world excuse the Islamic leaning AKP Erdogan from police brutality to the unpublicized secular protests. Flesh burning chemicals are sprayed on unarmed protestors, gas canister and rubber bullets aimed at the head for maximum damages has caused,6 deaths, 11 eyes knocked out 3 people in comas and countless injuries that are not reported. some of the Strian refugees are raped