UN Convention on the Elimination of All Forms of Discrimination against Women has devoted its final observations on Turkey's headscarf ban in the public sphere. 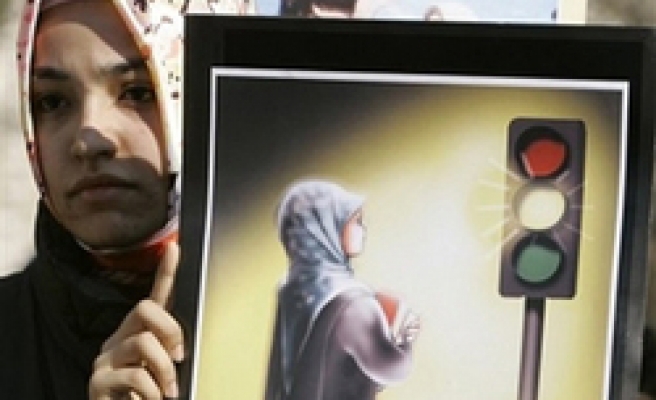 
The UN Convention on the Elimination of All Forms of Discrimination against Women (CEDAW) has devoted its final observations with regards to a recent two-week meeting on Turkey to the controversial ban in the country on the use of Islamic head coverings in the public sphere, asking Turkey to end its discrimination against covered women.

The request came on Tuesday after a CEDAW session on Turkey. According to the final observations, the ban on the headscarf has negative impacts on women's participation in such fields as education, work, health and the political and public spheres, Cihan News Agency said.

A headscarf ban applies to certain public and government offices and locations in Turkey. The ban affects university students as well as those working in the public sector. Women with headscarves are not allowed to enter military facilities, including hospitals and recreational areas belonging to the Turkish military.

CEDAW also recalled that Turkey has failed to conduct an expected statistical analysis as to how many women have been denied their right to higher education because of the headscarf ban.

Turkey's ban on headscarves in universities dates back to the 1980s, but was significantly tightened after Feb. 28, 1997, when military generals ousted a government they deemed too religious. The ruling Justice and Development Party (AK Party) attempted to lift the ban earlier last year, but failed due to strong opposition from the Republican People's Party (CHP). The party appealed a parliamentary decision to lift the ban at the Constitutional Court, which decided to nullify it.

In its concluding observations, CEDAW said Turkey should immediately terminate all discriminative practices against covered women. “Legal action should be taken against those who work to apply the headscarf ban, and the solution of the problem should not be deferred to a later date,” the observations said.