Turkey's south and southwest regions saw the highest temperatures over the weekend. 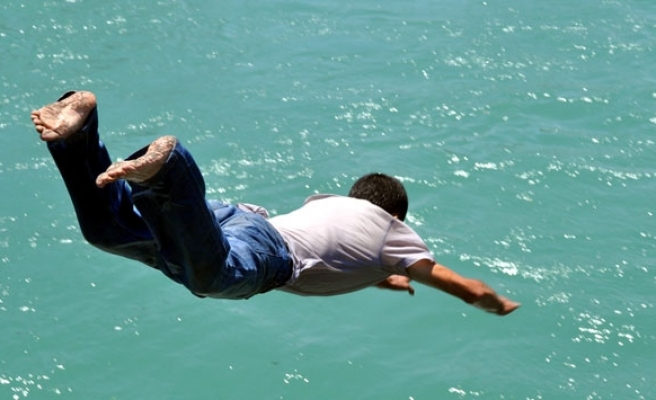 Excessive heat and humidity continued to give Turks across the nation a hard time as a heat wave from North Africa hit the country over the weekend, increasing normally reasonable temperatures up to 50 degrees Celsius in some parts.

Turkey's south and southwest regions saw the highest temperatures over the weekend. In the southwestern province of Mersin, a thermometer in the provincial capital reflected 48 degrees Celsius in the afternoon, turning the city into a ghost town. The coastal Mediterranean province of Antalya saw 46 degrees. While some tourists and locals tried to cool off at the beach, municipal workers worked under the blistering sun to maintain plants on the sides of roads. Some Antalya residents used hoses to freshen up in the oppressive heat.

In Adana, located in Turkey's south, the Seyhan reservoir was the destination for residents who were unable to go to the beach. Temperatures in Adana were over 40 degrees Celsius over the weekend.

The capital Ankara had temperatures of up to 43 degrees on Saturday. Children played in ponds in the city center while adults opted to seek refuge under the shade provided by trees in parks.

İstanbul today will see a low of 24 and a high of 34 degrees Celsius, according to the State Meteorology Bureau's website. Ankara is expected to see temperatures as high as 38 degrees while the forecast for Antalya is 37 degrees. The provinces expected to have temperatures over 40 degrees Celsius are Manisa, Aydın, Muğla, Denizli, Kilis, Gaziantep, Kahramanmaraş, Adıyaman, Şanlıurfa, Diyarbakır and Batman.