US approves sale of 'smart' bomb guidance kits to Turkey 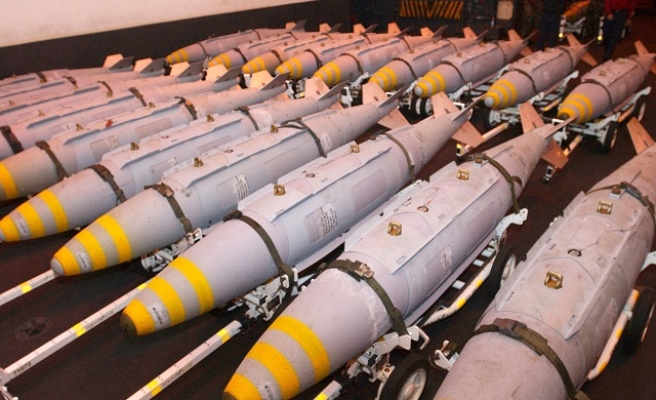 The State Department on Thursday approved a $70 million sale of defense equipment to Turkey, according to the Pentagon.

"Turkey is a partner of the United States in ensuring peace and stability in the region. It is vital to the U.S. national interest to assist our NATO ally in developing and maintaining a strong and ready self-defense capability. This proposed sale is consistent with those objectives," the Pentagon said in a statement.

The sale is expected to enhance Turkey’s air defense capabilities and aims to contribute to future NATO operations, the Pentagon said, and added that the proposed sale, which needs congressional approval, will not alter the basic military balance in the region.

Pending approval by lawmakers, the two countries will be allowed to refine terms of the deal.

The State Department’s announcement comes months after Turkey allowed the strategic Incirlik Air Base to be used by the U.S.-led coalition for airstrikes against ISIL.

While coalition efforts continue to destroy ISIL in Syria and Iraq, Russia has encroached on Turkish airspace during its current operation in Syria to support President Bashar al-Assad.