Although Turkey's Chief of General Staff would not give permission for bases in Turkey outside of the U.S. base in Incirlik to become directly involved in the Iraq conflict, permission was given on this occasion because the pilot's life was in danger. 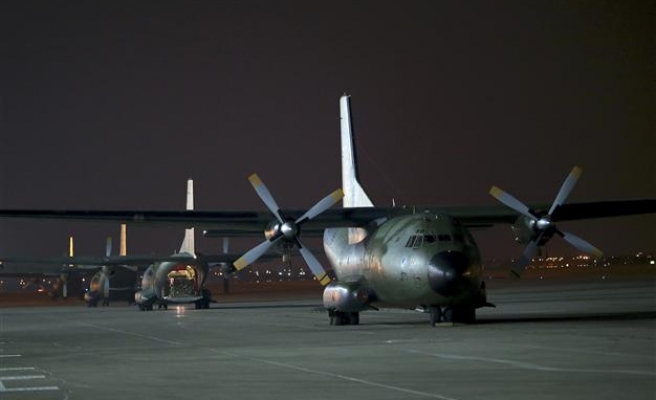 A source in Turkey has claimed that lat month a U.S. Air Force F-15 was forced to land at an air base in Turkey's eastern Batman province after encountering problems in flight on the way to its destined air base in Qatar.

The incident, which allegedly happened on August 21, 2014, as the F-15 was involved in operations against targets in Iraq, Hurriyet Daily News reported.

Turkish F-16s escorted the U.S. plane to Batman after it was hit in its hydraulic systems during the operation, where in remained for a few days to be repaired by American technicians from the Incirlik air base before it was able to be escorted again to the Turkish-Iraqi border, from which it continued on to Qatar.

Although Turkey's Chief of General Staff would not give permission for bases in Turkey outside of the U.S. base in Incirlik - which is used to provide logistic and humanitarian support - to become directly involved in the Iraq conflict, permission was given on this occasion because the pilot's life was in danger, the unnamed source said.

Turkey has been as part of the U.S.-led coalition against the so-called Islamic State (IS) group which has swept large parts of northern Iraq and north-eastern Syria since capturing Mosul, Iraq's second biggest city, in early June. Turkey agreed to allow the Incirlik base to be used for logistics support in the operations against IS.

However, Turkey is treading carefully as it participates in the coalition with the U.S., Britain, Germany, France, Italy, Spain, Hungary from Europe, Australia, and Saudi Arabia, Egypt, Jordan, Lebanon, Qatar and Bahrain, as 49 Turkish citizens are still being held captive by the IS after the Turkish Mosul Consulate building was stormed by fighters on June 11. Consul General Ozturk Yilmaz is among the hostages.

Therefore, Turkey's role has been limited to allowing logistic and humanitarian support for the opeation to be passed through its country only, as well as tighten border security to prevent Western fighters from entering Syria via Turkey.