US military families in southern Turkey ordered to leave 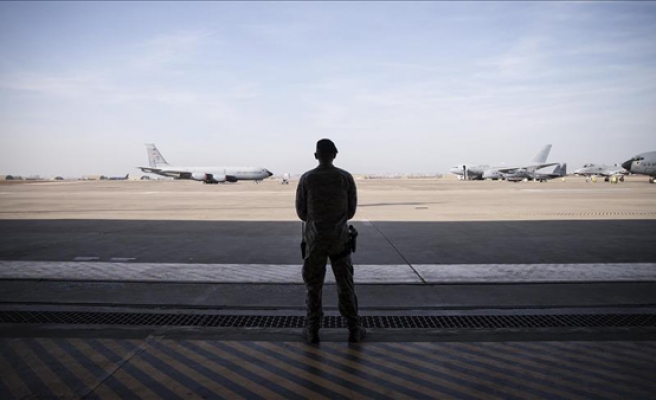 American military families have been ordered to leave three provinces in southern Turkey due to security concerns, the U.S. European Command announced in a statement released on its official blog Tuesday.

U.S. Secretary of Defense together with the U.S. Secretary of State ordered the departure of all U.S. Department of Defense (DoD) dependents not assigned to chief of mission authority from Turkey's provinces of Adana, including Incirlik airbase, Izmir and Mugla, the statement said.

"This decision allows for the deliberate, safe return of family members from these areas due to continued security concerns in the region. This step does not signify a permanent decision to end accompanied tours at these facilities.

“It is intended to mitigate the risk to DoD elements and personnel, including family members, while ensuring the combat effectiveness of U.S. forces and our mission support to operations in Turkey," the statement said.

It said Turkey and the U.S. are "united" against ISIL, adding that the Incirlik base plays "a key role" in ISIL operations.

“The decision to move our families and civilians was made in consultation with the government of Turkey, our State Department, and our Secretary of Defense,” Gen. Philip Breedlove, commander of U.S. European Command, said, according to the statement.

“We understand this is disruptive to our military families, but we must keep them safe and ensure the combat effectiveness of our forces to support our strong ally Turkey in the fight against terrorism," Breedlove added.

Pentagon spokesman Peter Cook told reporters that the decision was not made because of a specific threat but out of “an abundance of caution, given the overall picture, the security threats that we looked at in the region.”

The spokesman said that 670 dependents of military personnel in Turkey will be affected by the decision.