US worries over Turkey deal invalid

NATO is not "warning" Turkey against a possible deal with Chinese defense supplier facing US sanctions, but talks were an "information exchange," says Turkish Foreign Ministry 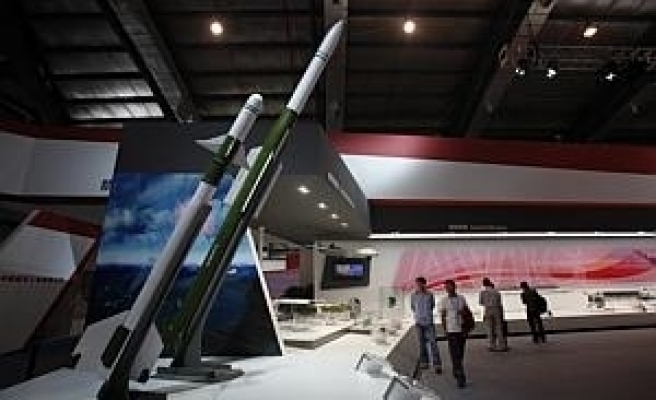 The controversy surrounds the Chinese import and export of defense missile weapon systems corporation CPMIEC, which is currently under sanctions by the US government for its violations of the Iran, North Korea and Syria Nonproliferation Act.

Dismissing concerns over Turkish-Chinese missile deal by the US and NATO, Levent Gumrukcu said the process for the deal has not been finalized, yet.

Gumrukcu added, the talks with Chinese corporation has just begun and the process has continued.

"A missile defense system is the one of the main part of a country's defense system, that's why it is understandable that this deal has drawn NATO's attention" said Gumrukcu.

"It was a misperception to evaluate NATO's reaction over Turkish-Chinese missile deal as a warning.

"It is information exchange as we have already informed the details of the process."

US State Department spokesperson Jennifer Psaki laid out US concerns Monday over Turkey’s recent decision to partner with a Chinese firm for a missile defense contract.

"We of course have conveyed our serious concerns about the Turkish government's contract discussions with a US-sanctioned company for a missile defense system that will not be inter-operable with NATO systems or collective defense capabilities," Psaki told a daily press briefing.

The Turkish government said last week that it plans to partner with Chinese Precision Machinery Import and Export Corporation, CPMIEC, to produce, and acquire, the FD-2000 missile defense systems.

CPMIEC is currently under sanctions by the US government for its violations of the Iran, North Korea and Syria Non-proliferation Act.

For the diplomatic relations with Israel, Gumrukcu said it was not true to say that "our dialogue (with Israel) has interrupted. The diplomatic contacts have been continued in spite of no plan for face to face meeting."

"There is no way that an airplane which takes off from Turkey, can directly land on the Greek Cypriot side," replied Gumrukcu in response to a question regarding this issue.

He added: "Turkey's civil aviation authority do not allow the direct flights from Turkey to Greek Cypriot side."