The United States defeated Brazil 70-68 in Group B of the FIBA 2010 World Basketball Championship in Istanbul on Monday. 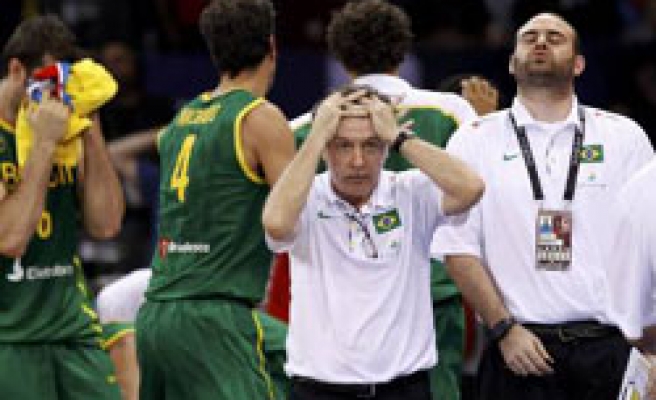 The coach of USA's national basketball team has said that his team won Monday a tough game against Brazil at the World Basketball Championship hosted by Turkey.

Mike Krzyzewski, the experienced trainer of the U.S. team, told a news conference after Monday's game that his team displayed a remarkable effort to win the game and did a good defense in the second half of the match.

Brazil's coach Ruben Magnano said in his part that the Brazilian team did all its best to win the game, however, it could not succeed.

Magnano also congratulated the U.S. team over its victory and his own players for their struggle.

The United States defeated Brazil 70-68 in Group B of the FIBA 2010 World Basketball Championship in Istanbul on Monday.