Vice News reporters held in Turkey to be released 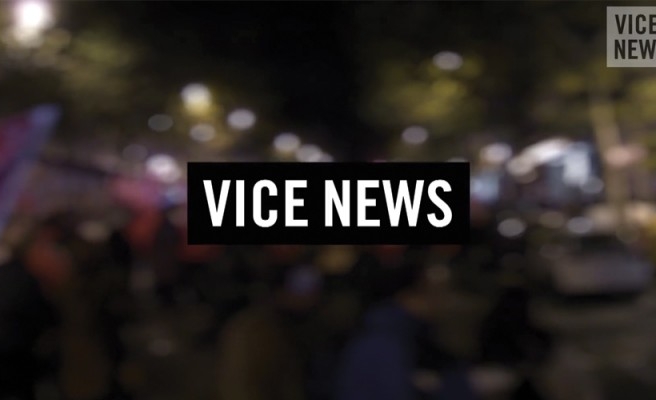 A court in southeastern Turkey on Thursday ordered the release of two British reporters working for US-based media outlet Vice News who were being held on terror charges, a judicial source says, AFP reported.

The two reporters, who are jailed in the city of Adana, are expected to be formally released in the coming hours after the decision by the Diyarbakir court.

However their Iraqi translator, who was also arrested, remains in custody as the investigation continues, the source added, citing the court's ruling.

The three, along with their driver, were detained late on August 27 in the centre of Kurdish-dominated Diyarbakir by police acting on a tip-off.

They were then remanded in custody by a court in Diyarbakir on Monday on charges of "engaging in terror activity" on behalf of the ISIL extremist group. The driver however was released.

Vice News condemned the charges as "baseless" and "alarmingly false", while leading rights groups have called for the immediate release of the reporters.

On Wednesday, the Turkish authorities transferred the three to a jail in the southern city of Adana 500 kilometres (300 miles) from Diyarbakir, creating further controversy.

Vice News, which produces in-depth Internet video reports for the Internet, has named the British journalists as Jake Hanrahan and Philip Pendlebury.

The official explanation by the court over why they were charged has yet to be published.

The team had been visiting the region as the government wages a relentless campaign against Kurdistan Workers' Party (PKK) militants, with several local Kurdish officials arrested and accused of supporting declarations of self rule.

A Turkish government source, who asked not to be named, told AFP earlier this week that Ankara was "not pleased" over the detention of the journalists.

But the source also accused the Iraqi translator of creating problems by refusing to hand over encryption codes for their computers.