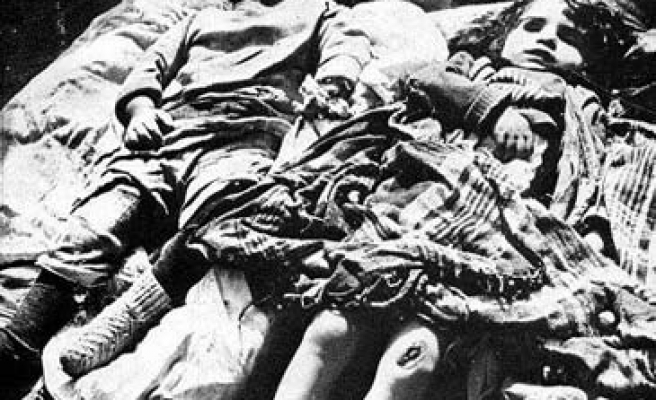 Victims of Khojaly massacre were commemorated in Washington D.C. on the 19th anniversary of the incident.

Azerbaijan's Ambassador in Washington D.C. Yasar Aliyev, addressing the opening, referred to the suffering experienced in Khojaly and the efforts they have been making to boost awareness in the United States on the matter. Aliyev said they would never forget Khojaly massacre and would continue to exert efforts till justice is served.

Prof. Thomas Goltz, professor of Montana State University, who worked as journalist in Khojaly at the time of the massacre, addressed the panel discussion.

Goltz said what was done in Khojaly was massacre and people were exposed to ethnical cleansing in a planned way. However, he claimed that this should not be described as "genocide."

Goltz said Armenians tried to provoke the meetings he attended in the United States and other countries, adding that Armenians accused him of lying about the incidents that occurred in Khojaly.

Khojaly massacre was also protested in front of Armenia's Permanent Representation and in front of the United Nations in New York.

Hundreds of ethnic Azerbaijani civilians from the town of Khojaly on 25-26 February 1992 were killed by the Armenian and Russian armed forces during the Nagorno-Karabakh War.

According to the Azerbaijani side, as well as Memorial Human Rights Center, Human Rights Watch and other international observers, the massacre was committed by the ethnic Armenian armed forces, reportedly with help of the Russian 366th Motor Rifle Regiment.

The official death toll provided by Azerbaijani authorities is 613 civilians, including 106 women and 83 hildren. The event became the largest massacre in the course of Nagorno-Karabakh conflict.

The Khojaly Massacre was described by Human Rights Watch as "the largest massacre to date in the conflict" over Nagorno-Karabakh. Memorial, the Moscow-based human rights group, stated in their report that the mass killing of civilians in Khojaly could not be justified under any circumstances and that actions of Armenian militants were in gross violation of a number of basic international human rights conventions.