Turkey is first country to use best measures available to cut tobacco use, report says, as 6m people die of smoking globally each year. 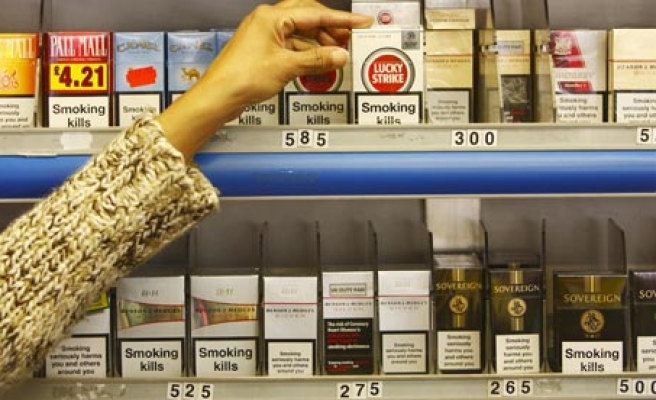 World Bulletin / News Desk
Measures taken by Turkey to improve its citizens' health and reduce tobacco consumption have led to a fall in smoking rates in the country, according to a new World Health Organization report.

The UN health agency said in a report released on Monday that six million people die of smoking every year globally - with a total of 16 million dying prematurely from non-communicable diseases (NCDs) such as lung and heart diseases, stroke, cancer and diabetes before the age of 70.

The major causes of such disease are tobacco use, harmful use of alcohol, physical inactivity and unhealthy diet.

But the report said Turkey was the first country to implement all of the most effective measures available to reduce tobacco reduction, which led to a 13.4 percent relative decline in smoking rates from 2008 to 2012.

WHO coordinator Shanthi Mendis told reporters in Geneva: "Even in developed countries, 28 percent of the deaths from NCDs are under 70."

"These are preventable deaths and they have the resources, so why let that happen?"

But the report highlighted the response taken by Turkey, which increased the size of health-warning labels to cover 65 percent of the total surface area of each tobacco product.

Tobacco taxes now make up 80 percent of the total retail price in the country and there is a total ban on tobacco advertising, promotion and sponsorship nationwide, the report said.

Non-communicable diseases cause more deaths than all other causes combined and NCD deaths are projected to increase from 38 million in 2012 to 52 million by 2030, warned the report, calling for urgent government action globally.

The UN health agency said that investing one to three dollars per person per year would help reduce illness and death from NCDs dramatically.