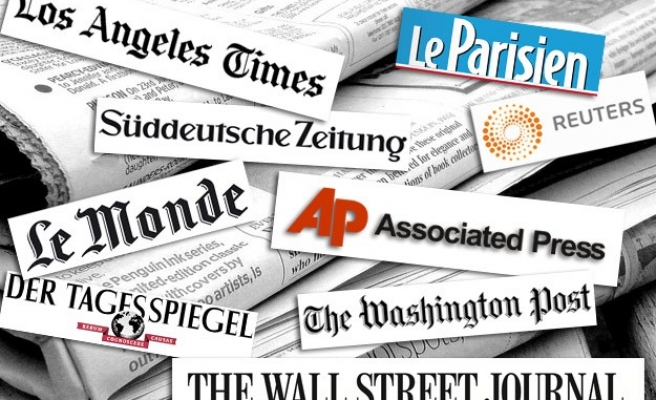 Turkish Prime Minister Recep Tayyip Erdogan’s unprecedented condolences to the descendants of Armenians who lost their lives in the events of 1915 has drawn attention from major global news organizations.

‘’Regardless of their ethnic or religious origins, we pay tribute, with compassion and respect, to all Ottoman citizens who lost their lives in the events of 1915,’’ Erdogan said in a statement Wednesday.

Media organizations across the world, including The Associated Press, The Washington Post and The Wall Street Journal, covered Erdogan’s statements.

The Washington Post wrote that Erdogan’s condolences were "remarkable," as the events of 1915 have been spoken of very little.

The Wall Street Journal said Erdogan delivered a "conciliatory" and unprecedented message as the 100th anniversary of what the newspaper called the "Armenian Genocide" approaches next year.

The Armenian diaspora and the state of Armenia term the incidents "genocide" and ask for compensation. Turkey says that, while Armenians died during the deportation, many Turks also died due to the attacks by Armenian gangs across Anatolia.

Reuters wrote that Erdogan spoke in a "striking conciliatory tone."

‘’Erdogan reiterated a long-held Turkish position that the deaths of millions of people during the violence of the period should be remembered "without discriminating as to religion or ethnicity," Reuters reported.

Erdogan said that a conscientious, fair and humane approach to the Armenian issue was required to bring forth an understanding of all the suffering experienced during the period.

He is the first Turkish Prime Minister to pay tribute to the people who died in 1915, making his statements a "historic step," according to Reuters.

The Guardian newspaper said the events of 1915 have caused an "unpleasant" dispute between Turkey and Armenia.

Turkey is calling for academic research into the 1915 events to be carried out by a commission of Turkish, Armenian and international historians, the Turkish Prime Ministry said in a written statement Wednesday ahead of the 99th anniversary of the events.