By the help of a fisherman, Turkish scientists discovered the plane as they dived 1.5 miles off Finike town of Antalya. 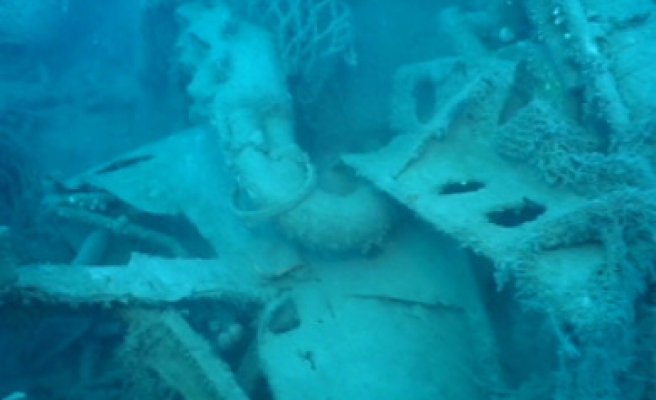 A World War II war plane, believed to be a British bomber, has been found at the bottom of the sea off the Mediterranean coast of Turkey.

By the help of a fisherman, Turkish scientists discovered the plane as they dived 1.5 miles off Finike town of Antalya. The plane was lying off 35 meters below the sea.

Professor Mehmet Gokoglu, one of the scientists working on marine life, said he was told by a fisherman that there was a sunken war plane at the bottom of the sea in Finike Bay.

"The fisherman showed us where exactly the plane was and we found the wreck at our first dive," Gokoglu said. "The fuselage is almost intact."

Gokoglu and other divers also found 20mm unexploded anti-aircraft shells near the sunken plane and a part which reads "British Manufacture".

"It was probably an aircraft of the British Royal Air Force," Gokoglu said.

A 80-year-old local man said he saw the plane crash when he was a child. Huseyin Taskin said there were German, Italian and British war planes and warships in the bay during the World War II.

"I was 12 or 13 when I saw the tragedy. The plane was burning in the air, it lost altitude and after a while it hit the sea surface. I do not know if anyone survived," Taskin said.

Turkish officials informed the Coast Guard and Naval Forces about the sunken wreck.