Although he did not elaborate on the details of the new system, Çetinsaya said on Wednesday that YÖK will begin to work on it soon. 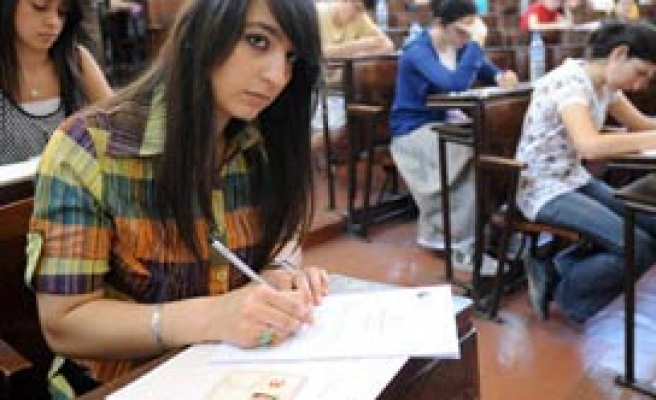 Higher Education Board (YÖK) head Gökhan Çetinsaya has confirmed Tuesday's decision to overhaul the university entrance system, made during a meeting of the Science and Technology High Council (BTYK).

Although he did not elaborate on the details of the new system, Çetinsaya said on Wednesday that YÖK will begin to work on it soon. He noted they aim to have the new system ready by the end of 2014. Çetinsaya added that responsibility for designing the new system will primarily belong to YÖK; however, the Student Selection and Placement Center (ÖSYM), the Education Ministry and the Scientific and Technological Research Council of Turkey (TÜBİTAK) will contribute to and participate in the process.

After Tuesday's meeting of the BTYK, which convenes twice a year, meeting attendee Science, Industry and Technology Minister Nihat Ergün announced the new decisions regarding Turkey's education system. The minister said that a new university entrance system will be established based not only on students' knowledge but that will also test their abilities and basic skills.

Other decisions made at the meeting include offering foreign languages apart from English, establishing more science centers across the country and increasing the number of researchers at universities.

“Turkey needs to make a leap with steps taken in the fields of science and technology in order to achieve its goals for 2023 and to become a leading country. Our young population is a great opportunity for us in this sense. We have to use this opportunity by making major changes to our education system,” Ergün said during his speech at the meeting.

The council, set up in 1983 by TÜBİTAK, serves the government by formulating policies and goals necessary in the fields of science and technology, preparing plans and suggestions in these areas and coordinating between the relevant sectors and institutions.