Yusuf Islam visited the Turkish National Assembly to gather economic support for the mosque which is to be constructed at the UK’s Cambridge University. 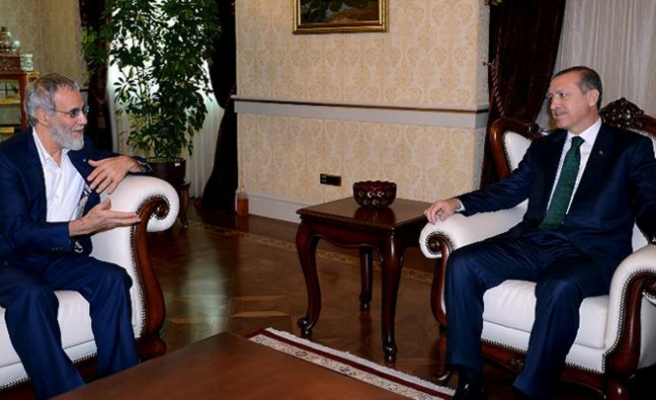 Yusuf Islam, a prominent convert to Islam (previously known as musical legend Cat Stevens), met with Turkish Prime Minister Erdogan on Friday during a surprise visit which was not on the prime minister’s official program as part of a visit to gather economic support for the mosque which is to be constructed at the UK’s Cambridge University.

According to the information obtained, Islam asked for support regarding the Cambridge Mosque program and they prayed the Friday prayer together.

President Abdullah Gul received a delegation of the Cambridge Mosque Project at the Çankaya Presidential Palace in Turkish capital city of Ankara.

Yusuf Islam, who was the center of interest among parliament personnel, was introduced to the General Assembly chamber. Islam and those with him were given a tour of the parliament.

He converted to Islam in December 1977 and adopted the name Yusuf Islam the following year. In 1979, he auctioned all his guitars for charity and left his music career to devote himself to educational and philanthropic causes in the Muslim community all around the world.

good thoughts to the Cambridge Masjid hoping that it receives the required amounts and more. Only by accurate knowledge and proper education of the other can peace prevail. AlhamdulillAh for scholars and Imams such as Abdal Hakim Murad and charachters like Yusuf Islam.