﻿Soldiers suggest poor diet is resulting in troops becoming too fat to fight. 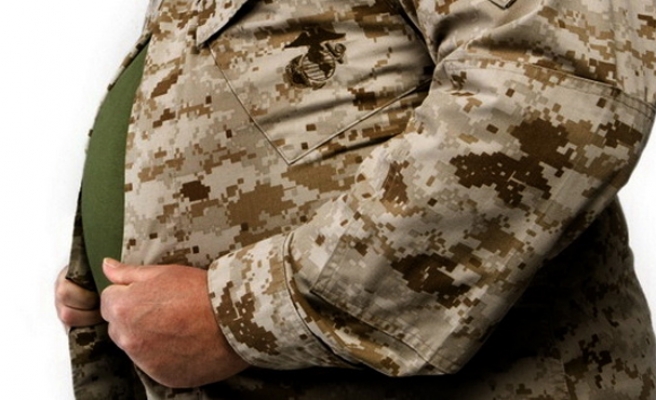 According to new figures that raise fears of an Army obesity crisis, more than 32,000 British troops failed a key basic fitness test within the last three years.

Every soldier is expected to undergo the personal fitness assessment done twice a year, which involves press-ups, sit-ups and a run against the clock.

According to figures released under the Freedom of Information Act, 29,600 male and 2,819 female troops have failed the test at some point in the three years to March 2014.

Soldiers suggested that poor diets were partly to blame, according to the Sunday Times, which first disclosed the data.

Separate figures, excluding personnel who have been 'medically downgraded' following injury, showed that more than 22,000 troops were deemed to be overweight and at resulting risk of health problems.

The numbers are based on 'body composition measurements', which the Army said it used in preference to body mass index as BMI "does not differentiate between weight that is associated with muscle mass and weight associated with body fat".

A spokesman for the Ministry of Defence said the test failure rate "represents 11 per cent of the Army serving in that period and many of those who failed will have subsequently passed their fitness test".

"All personnel are provided with the support and training necessary to meet the Army’s physical standards, with additional help for those personnel who fail to meet this criteria. Personnel who remain unable to meet the standard could ultimately be discharged.”

Latest figures show increasing numbers of soldiers are being discharged from the Army for being overweight.

In 2011 alone, 13 soldiers were discharged in cases where obesity contributed to their ill-health. There were at least 50 cases between January 2002 and March 2013 where soldiers were released for being obese.