The face of the brain dead Polish tourist Andrej Kucza is being transplanted to 27-year-old Turkish patient Recep Sert injured in the face by shotgun. 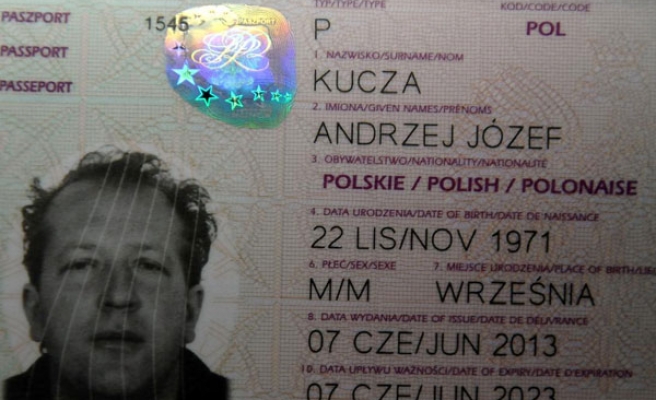 Prof. Dr. Omer Ozkan of Akdeniz University Hospital in Turkey's southern province of Antalya, and his team started to transplant the face of a brain dead Polish tourist, Andrej Kucza, to a 27-year-old Turkish patient, Recep Sert, injured in the face in 2007 by a shotgun.

The 43-year-old Polish tourist Kucza, spending his holiday in Turkey's southwestern coastal town of Akyaka of Mugla, barely escaped drowning and his brain died at the hospital. Consulting to the doctors of Mugla Yucelen Hospital, the family of the Polish tourist decided to donate the organs of Kucza. The result of the tests indicated that the internal organs of Kucza were out of condition.

Prof. Dr. Omer Ozkan, surgeon at Plastic and Reconstructive Surgery Department at the Akdeniz University Hospital in Antalya who also performed the first and fourth face transplantation surgeries in Turkey, went to Mugla on Wednesday to harvest the face of the Polish tourist Andrej Kucza and called 27-year-old Sert to Antalya who applied for a face transplant last year.

Ozkan and his team removed the face of the Polish tourist after nearly 4 hours of surgery. Rushing for Antalya, the team landed at airport at 7.00 a.m. Turkish local time with the ambulance plane of Turkish Health Ministry and arrived Akdeniz University Hospital at 7.30 a.m. They began Turkey's fifth face transplant urgery early Thursday at 7:40 a.m..

27-year-old Recep Sert, a doner chef living in Izmir, was wounded by the buckshots fired from the shotgun he was cleaning back in 2007. At the accident, he lost 12 of his teeth, one of his eyes and most of his chin. Seriously injuring also his nose, Sert since that time has undergone multiple life-saving and reconstructive surgeries
and applied to Akdeniz University Hospital in 2012 for a face transplant.

"Turkey has made a long way in plastic surgery. We have now ambulance planes, ambulance helicopters and mobilized medic teams as well as successful doctors like Omer Ozkan and his team. We still need to make progress in face and tissue transplantation," he noted.

Turkey's face transplantation adventure began when the family of Ahmet Kaya who committed a suicide on January 21, 2012 donated his face. The face removed from Kaya was transplanted to 19-year-old Ugur Acar whose face was almost completely seared by a burning blanket when he was only 40 days old. The successful operation, a first in Turkish plastic surgery history, put Prof. Dr. Omer Ozkan and his team in the spotlight of the international and Turkish media.

Turkey's fourth face transplantation surgery was performed again by Prof. Omer Ozkan at Akdeniz University Hospital in which the face of 19-year-old Tevfik Yilmaz was transplanted to 34-year-old Turan Colak.

whether it is lawful to publish the full name and the image of the deceased? If a family has consented to the publication?